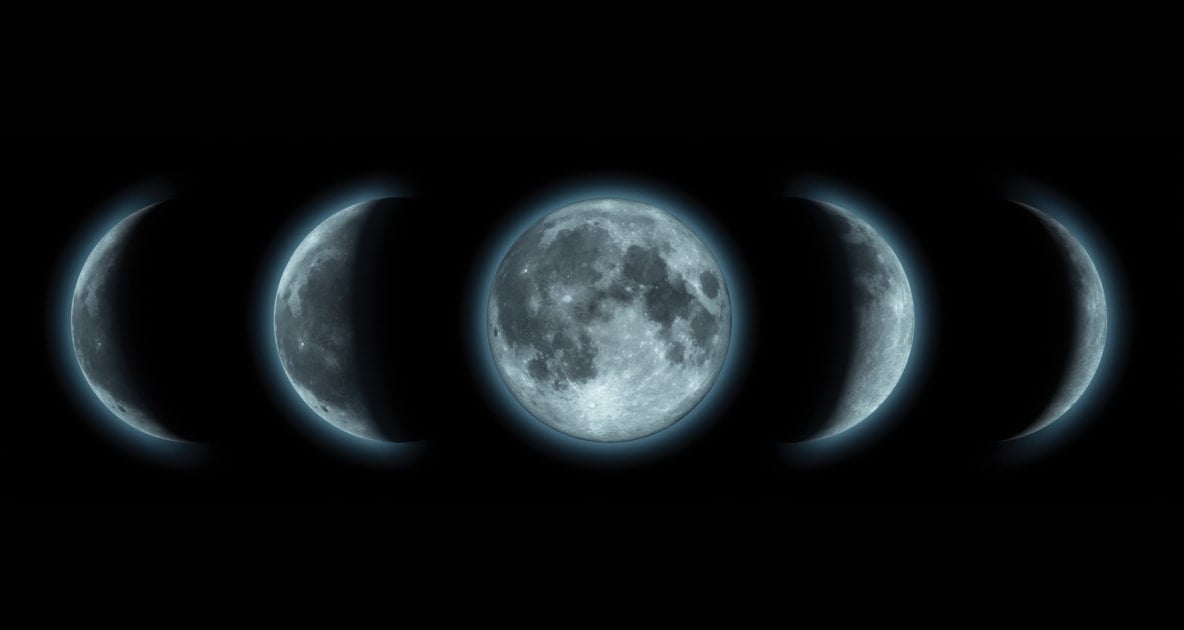 The Moon and its activity are very popular topics at the Farmers’ Almanac. Things get really exciting around here especially when we have a full Moon. But we know it can be a little confusing for many people with regard to what is actually going on with that giant cantaloupe in the sky.  Here’s a crash course on understanding the lunar cycle.

First, the Moon is on a 30-day cycle when it makes its orbit around the Earth. Actually, the entire trip takes 29.53 days, to be exact, and is measured from one “New Moon” to the next.

The Phases of the Moon

Here, we’ll break down each of the 8 phases of the Moon as it revolves around the Earth. Refer to the corresponding numbered phases in the diagram above in this article to follow along.

How Can You Tell if The Moon Is Waxing Or Waning?

If you look in the sky and see a crescent or gibbous Moon, here’s how to tell if it is in the waxing or waning phase by the direction it’s curving.

So there you have it. We’re happy to answer any questions to help you understand this fascinating and complex changes in Earth’s satellite. Just leave them in the comments below.

Check out our Moon Phases Chart so you can see each phase, day by day, for the entire month!

Want to see the whole process in animation using real images of the Moon? Watch this amazing video courtesy of NASA:

I am trying to understand what “lunar day” it is. If new moon Central time was March 2 @ 11:35 AM, then it would be the first lunar day until March 3 at moonrise, correct?

Then March 3rd, all day/night would be the 2nd lunar day from moonrise March 3 until moonrise on March 4? I am looking at two calendars online that state the lunar day and one of them is wrong. 🙂 thank you for any help.

When is the best time to prune?waning gibbious or waning crescent?

How does the moon phase make deer react

When planting by the moon phases, when is the best time in July to plant peas and beans.

Could someone knowledgeable about timing planting with moon phases give me a quick synopsis? Planting seeds versus plants during waxing and waning of the moon is new to me. But it does make sense. I just can’t remember which gets planted when. Thank you!

Search Results
Featured snippet from the web
In a waxing moon, when light increases towards a full moon, sap flow is drawn up. This is the most suitable time for sowing and transplanting flowering annuals, biennials, grains and melons. … With an waning moon, when the light is decreasing as the moon changes from a full to a new moon, the sap flow is drawn down.Dec 15, 201

Glad you enjoyed the article, Doris!

How long after the full moon does it begin wanning,, is it a day or 2,, I want to marry on a full moon it says it b full at 12am yet ceremony will b at 5 pm n I prefer not to marry on a wanning moon

what about the yellow moon?

According to your diagrams of the moon phases and the earth and suns positions, how do you explain a full moon during the day?

Hi Reinaldo, When the Moon is full, and at its brightest, it sits directly opposite the Sun in the sky, which means it is below the horizon while the Sun is up. The New Moon rises during the day, but sits too close to the Sun to be seen. It sets at night, which is why the night sky is dark during the New Moon. It’s only as the Moon gets close to its quarter phases that the conditions are ideal for it to be seen during the day. That is, it is bright enough, far enough away from the Sun to be seen, and rises or sets during daylight hours. When all of these conditions come together, and when the sky is clear enough, the Moon becomes visible during the daytime.

How can a full moon be possible at #5 if the earth is blocking the sunlight from the moon?

Hi Braden Mende – The diagram isn’t completely accurate because the moon doesn’t orbit the Earth in a true circle. It’s more oval in shape. So there aren’t perfect line ups to block the Sun’s rays. The Earth only blocks the Moon receiving sunlight when there is a total eclipse — a straight lineup of Moon, Earth and Sun. Otherwise, it’s not completely lined up and the Moon is receiving light from the Sun. Take a look at a further explanation here: Lunar Eclipse and Solar Eclipse – Dates for 2020

This si a good article. thank you for explaining. My astrologer did not even explain it.

As a backyard gardener, I am learning gardening by the moon phases (I am noticing it makes a difference in plant health and yield). Thank you Farmers Almanac!

OK, now I know this but not have memorised it, what do I do with this into? How is it helpful to me?

Patricia Cole, it’s only useful for memorization if this is a topic that interests you.

I live in an area where surface light is a bare minimum. There are no street lights, either. I enjoy the moon phases immensely and have learned a lot from the Farmers Almanac.

Easily Water Plants While On Vacation

Make your own self-watering system for your garden plants while you're on vacation. Simply drill or nail 3-4 small holes in the cap of a clean, empty 2-liter soda bottle. Cut off the bottom of the bottle, then insert it upside-down in the soil near the plants. Fill with water for slow-drip watering.
More hints & tips 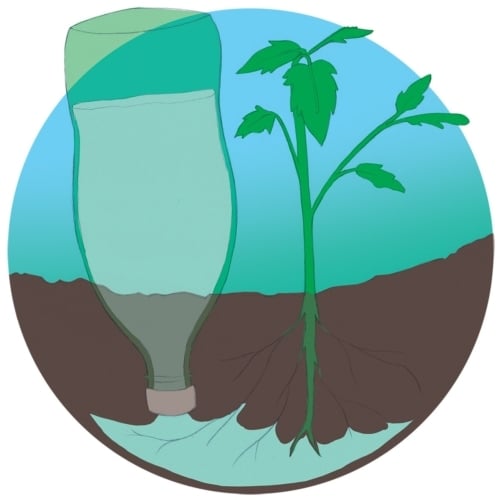