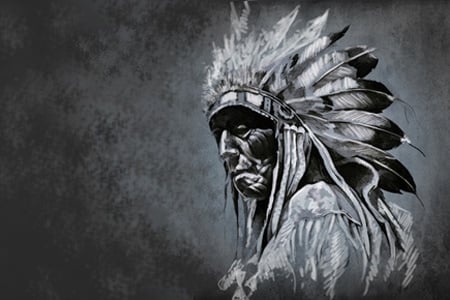 Some weather myths are full-blown stories with a cast of characters and packed with drama. Consider, for instance, the kidnapping of Persephone, or the slaying of Baldur. Other myths are sparser on detail, but no less rich for it. One of the most common mythical tropes is to personify weather phenomena.

One such personification is Peboan, the winter spirit of the Ojibwe, the nation of native Americans that once surrounded Lake Superior.

Each year, they said, the spirit of winter, who was described as an old man, would walk across the land. Wherever he stepped, the Earth turned hard as flint. His long locks of white hair would drag behind him, covering everything. Birds flew, and animals hid, from his cold gaze. His icy breath made the streams stand still.

Peboan ruled the land for a time each year, until Seegwin, the spirit of spring, came to take his place.

Of course, today we know the cause of the cycle of seasons is the tilt in the Earth’s axis. As the planet revolves around the Sun, its northern and southern hemispheres take turns soaking in the majority of the Sun’s light and heat. During the part of the year when the northern hemisphere is inclined toward the Sun, that part of the Earth enjoys summer weather. The days grow longer, and the temperatures grow warmer. As time goes on, and the Earth continues its journey around the Sun, the southern hemisphere gets its proverbial day in the Sun. Things warm up down there, while temperatures grow colder and days get shorter in the northern hemisphere. Snow and brutal winds follow.

Despite knowing all this, it’s easy to understand the draw of the Ojibwe’s more poetic explanation. After all, even today, we still talk about “Old Man Winter.”

My grandfather, (in Nebraska where I grew up) would always say right around Dec 21st, “When the days get longer, the cold gets stronger.”
Was certainly the truth this year!

My Dad always told me that the thunder was the old chuck wagon rolling across the clouds and the lightening was the old cook cracking his whip above the horses heads
to keep them moving on.
In the days when you had lots of programs on the radio stations to listen too you aquired a pretty good imagination and I could see the whole thing in my minds eye as he was telling it to me.
There may be some Indian in our blood line after all.

Here’s something to consider. The history of Native Americans on this continent and South America goes back about 10,000 years give or take so give them credit for being able to live off of the land. Case, in point. The Pacific Northwest Indians. There is or was a fabulous diorama exhibit at the Harvard Museum of Natural History. Next time you’re in Boston, go check it out. We should also remember that unlike the “Europeans”, NAtive American Tribes were a peaceful people. No doubt crossing over on the then existing land bridge to get away from the warring “Europeans”. Just a thought. “HOW”

The ‘warring’ Europeans? Native Americans fought other tribes-they were not all peaceful-and unfortunately that isn’t even my point. The Europeans did not corner the market on violence-but leave it to people like you to continue spreading that mental virus even on stories about beautiful things-like this one.

After submitting my comments, I see another “joke” that subtly places the European on a higher plane than the “Indian”. I wish for “that someday, we will be beyond making fun of other’s cultures” but obviously not in my time.

Very good!! I sincerely believe we should be more attuned to the anishinabeg folklore of the Americas… at least as much as the Greek mythological tales, which are more suited to Europeans.
I see the author’s name is McLeod. In the area that I grew up, there are a few MÃ©tis
families with that name. If she is a MÃ©tis person, she should be very proud of her heritage as the MÃ©tis have a strong and powerful history that dates back to when the first Europeans landed on our shores. A couple of centuries later in the Canadian prairies , the French took to describing the resulting off springs as “half caste” and the name was used in a derogatory manner as the original term meant a “cur” or “mutt”, something that might be produced by wild dogs of two different breeds. Pretty scathing for a culture that cleared the way to better understanding and respect for both the interlopers and the indigenous peoples… that is what one would have liked to happen. We all know where that has gone.
But all in all, it’s good to finally see some indigenous mythology as I think it is more relevant to this continent.

Ellery, I’m glad you liked the story. I have no native blood, though my spouse is part Abenaki (maternal grandmother). We can all learn something from every culture.

On Wm Meyer’s joke – My editor has posted that same joke. I don’t think the point is to place European knowledge above traditional, native knowledge. I’d say it’s just the opposite (that meteorology is no less “magic” than weather lore). I think it’s a subtle poke at the assumptions we all make about other cultures. Most Native Americans today probably do get their weather information from the local news, yet white people mythologize them into something exotic. That’s the joke, in addition to the cyclical nature of the feedback loop that the tribe and the weather station got into. 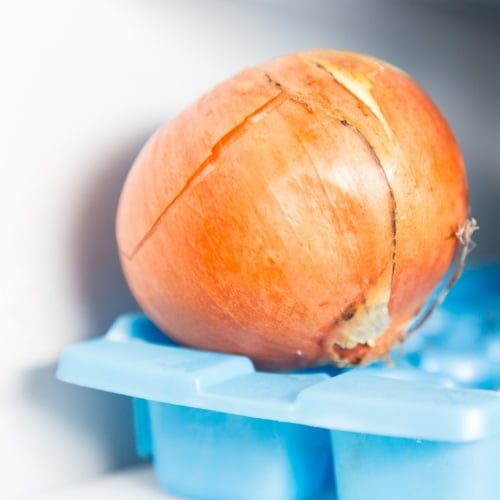