Move over, icicles! Ice volcanoes are quickly becoming one of winter’s most awe-inspiring icy structures. These mini mountains of ice are named for their resemblance to real volcanoes (like Mount St. Helens or Hawaii’s Kīlauea), but rather than spewing hot, fiery lava, ice volcanoes spew a wintry mix of water and ice.

Where and How Do Ice Volcanoes Form?

Ice volcanoes only form along waterways, and only during winter. Weather conditions have to be just right, too:

Ice volcano mounds develop when winds push waves toward the shoreline. As these wind-driven waves crash against the bottom of the ice shelf, water gets pushed up through holes or cracks in the ice (like water from a whale’s blowhole). As the water sprays out of the hole, it freezes and falls on top of the ice shelf. When they’re just beginning to form, the volcanoes look more like flat, Yellowstone geysers, but as more and more frozen spray heaps around the top side of the hole, it creates a cone-shaped crater.

Most ice volcanoes grow 2 to 3 feet high, but some can reach 25 feet—as tall as a two-story house! How long they “live” depends on air temperatures (they melt when the mercury rises above freezing), and coastal storms as they can be swallowed up by storm surges.

Where to View These Winter Wonders

Don’t expect to see an ice volcano at any ocean or lake. If conditions are too cold and a waterway wholly freezes over, ice volcanoes can’t form. Nor can they form if water is too warm to freeze at all (because of its salt content, most seawater doesn’t get cold enough to freeze).

One location that does offer this necessary mix of frozen and unfrozen is the chilly shores of the Great Lakes. While it typically gets cold enough for freshwater in Lakes Superior, Erie, and Michigan to freeze, they rarely freeze entirely thanks to their vast size.

Ice volcanoes also form on Earth’s neighboring planets and icy moons, including Pluto. These ice volcanoes, which scientists call “cryovolcanoes” (“cryo-” meaning cold), are more like actual volcanoes, except the ash and gases they eject freeze in mid-air due to the planet’s extreme cold temperatures (as cold as -300 to -400 degrees Fahrenheit on Pluto).

Like what you read? Read about Frost Flowers and the wintry conditions they need to form!

The Great Lakes are awesome in so many ways!

To remove fish odors from hands, wash them in one teaspoon of baking soda dissolved in one quart of water.
More hints & tips 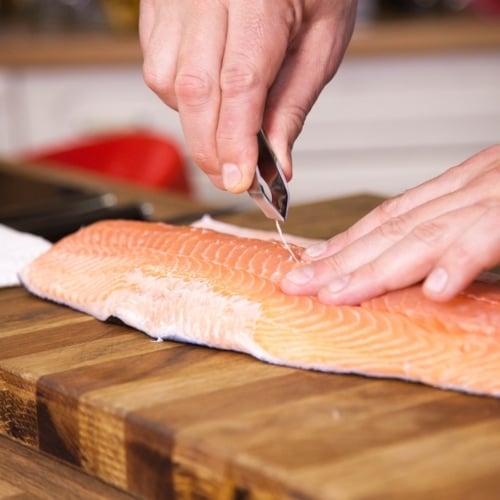