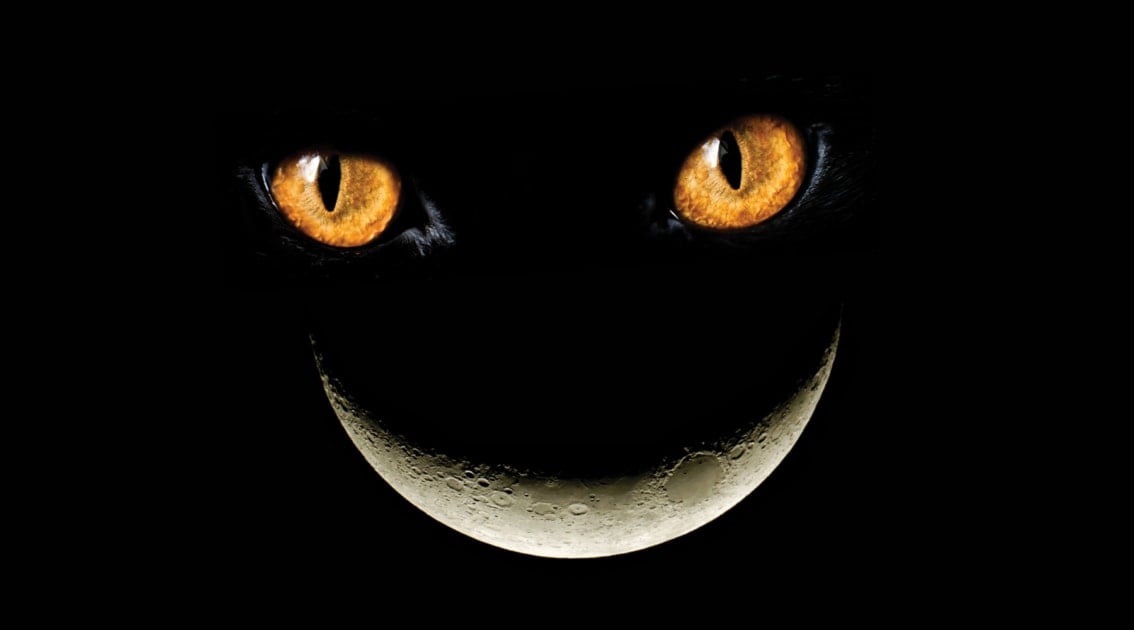 We all know the Moon goes by many names, and its different visible phases have names that we all recognize — Full, First Quarter, Last Quarter, and Crescent.

But have you ever heard of a Moon referred to as “wet” or “dry”? What about “Cheshire”?

When To See The Smiling Moon

In the evenings during the spring (March, April, May), and in the mornings during the fall (September, October, November), for “temperate” (mid-northern) latitudes, the crescent Moon is oriented in such a manner so as to resemble a “smile” or “boat” with the “horns,” or “cusps,” of the crescent pointing straight up. This is the so-called “wet Moon” because it appears that the Moon is holding water. This Moon is also known as a “Cheshire Moon” because it looks very much like the smile of the Cheshire Cat in Lewis Carroll’s story about Alice’s Adventures in Wonderland.

In contrast, in the evenings during the fall and in the mornings during the spring, the crescent Moon is turned roughly 90-degrees (sideways), giving the impression that if there was any water being held within the crescent it would appear to spill out. This is the so-called “dry Moon.”

Season of year and an observer’s latitude determine the angle the crescent Moon’s cusps make with the horizon. Around the time of the Vernal (Spring) Equinox, the ecliptic — that imaginary line in the sky that the Sun, Moon and planets appear to follow in their respective paths against the background zodiacal signs — is oriented almost perpendicular to the western horizon.  So the crescent Moon in the evening sky (the “waxing” crescent) appears like a smile or a boat.

At the time of the Autumnal Equinox, the ecliptic appears much more “slanted” with respect to the western horizon, so the evening crescent Moon is turned about 90-degrees to the left, with the cusps pointing left.  So now, if the Moon were holding water, that water would be emptied out as we have “spilled the contents of the bowl over” to one side.  So we call this a “dry Moon” because the water has been “spilled out.”

But some have been know to call this sideways orientation a “wet Moon” because one could assume the weather will  turn rainy now that the Moon has apparently emptied it contents on us!

For those in the Southern Hemisphere, the opposite is true — that the familiar “Man in the Moon” (to us) appears upside-down, and the Moon phases are reversed. For example: at first quarter, the bright side is on the right for us, but is on the left for them.

New to me. I really like getting this type of information from the Almanac. I just picked up mine for this year and it’s as interesting now as it was back in the day. It’s really fun getting these emails too.

Got mice? Cotton balls with a few drops of eucalyptus essential oil or peppermint oil, are great mice deterrents. Place a few in areas where you know the mouse has been hiding or eating. They can also be placed in closets, drawers, attics, and near openings to the outside.
More hints & tips 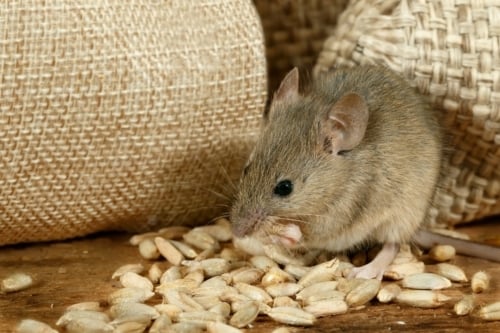