“Anything that can go wrong will go wrong”… so the “Murphy’s Law” saying goes. But is it a real law or a silly superstition?

Murphy’s Law, as it is known here in the US, is one of the more contemporary renditions of a popular colloquialism that dates back centuries. There is no definitive historical origin to the axiom. In the UK, the more popular name for this adage is Sod’s Law; a “poor sod” being a term that dates back to the Middle Ages, meaning “an unlucky fellow.”

In the British interpretation of the “law,” it is very much a way to regard the cruel ironies of life. Sod’s Law also has a corollary called Finagle’s Law, which would have it be known that bad things will always happen, perhaps especially to good people, at the most inconvenient of times.

You know, like the day you decide to cancel the protection plan on your cell phone, is the day you will drop it down a flight of concrete stairs.

Was Murphy A Real Person?

It is within this cynical framework, that Murphy’s Law became misinterpreted as an idiom for the pessimists. Coined in the middle of the 20th century, at the United States Air Force base in Edwards, California, Murphy’s Law was a reference to a certain Captain Edward A. Murphy (1891-1971), an engineer working on Air Force Project MX981. Reportedly, during one of the tests involving high-speed rockets and deceleration, certain sensors were installed backward, rendering them useless and incapable of recording any data. This malfunction, stemming from human error, resulted in the failure of an otherwise successful test.

Frustrated, Captain Murphy was said to have exclaimed something along the lines of, “If there are two or more ways to do something and one of those results in a catastrophe, then someone will do it that way.”

Within the context of the research project, this saying became a sort of popular fixation amongst the engineers. In a press conference about the research, Dr. John Stapp attributed their safety and success to their belief in, what he then coined, “Murphy’s Law,” and their attempts to circumvent it. It was then that Murphy’s quote was shortened to the well-known “Anything that can go wrong, will go wrong.” And so, the adage suddenly had a name and was being circulated and printed all over as Murphy’s Law, giving it a new life and cultural relevance.

Cynicism at Its Best?

Despite its scientific origins, Murphy’s Law became a sort of buzzword for pithy, ironic remarks and cynical, dark humor, much more along the lines of the English “Sod’s Law,” or “Finagle’s Law.” Murphy himself was displeased at the misinterpretation of his new namesake. For him, the axiom was meant to embody a very positive, forward-thinking approach to problem-solving. Particularly within the context of design, Murphy intended the saying to be a way to approach experimentation with the utmost defense and preparedness for something to go wrong, in order to achieve the highest caliber of safety and success.

To this day, Murphy’s Law is widely misunderstood and has many hotly-debated interpretations. This is understandable, due to the “law’s” rather indefinite origins, and non-exact phrasing. In its popular form, one could argue that the syntactic arrangement of the sentiment is why people tend to interpret it in the negative way that they do. If, for instance, we were to remove the word “wrong” from the phrase, we would have something along the lines of “anything that can happen, will happen” which, in essence, is a sentiment of hope.

If we can agree that this is a hopeful declaration, then it should be understood that “anything” encompasses both the good and the bad. And so in this context, Murphy’s Law can be better understood as a mantra of open-minded preparedness.

Murphy’s Law wants you to accept that despite a record-breaking drought, the one day you leave your car windows down there will be a torrential downpour. It’s not an exact science (or even a law), it’s not science at all. It’s a declaration of acceptance for the world and its miraculous, unpredictable nature. We will never be able to predict what will or will not happen with one hundred percent certainty. No matter how old, or practiced, studied, or naive, we are all subject to the unknowable mysteries of life. Murphy’s solution to this quandary is very simple: always roll up your car windows!

Because as the saying goes, “anything that can go wrong, will go wrong.”

Be sure to check our long-range weather forecasts before you plan any trips so you’re always prepared! 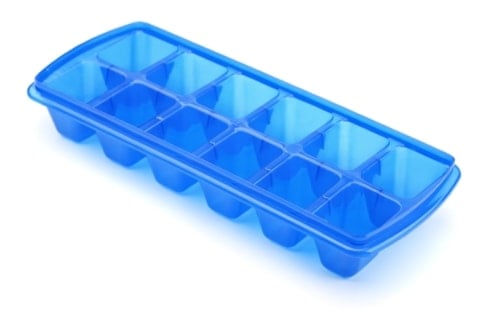