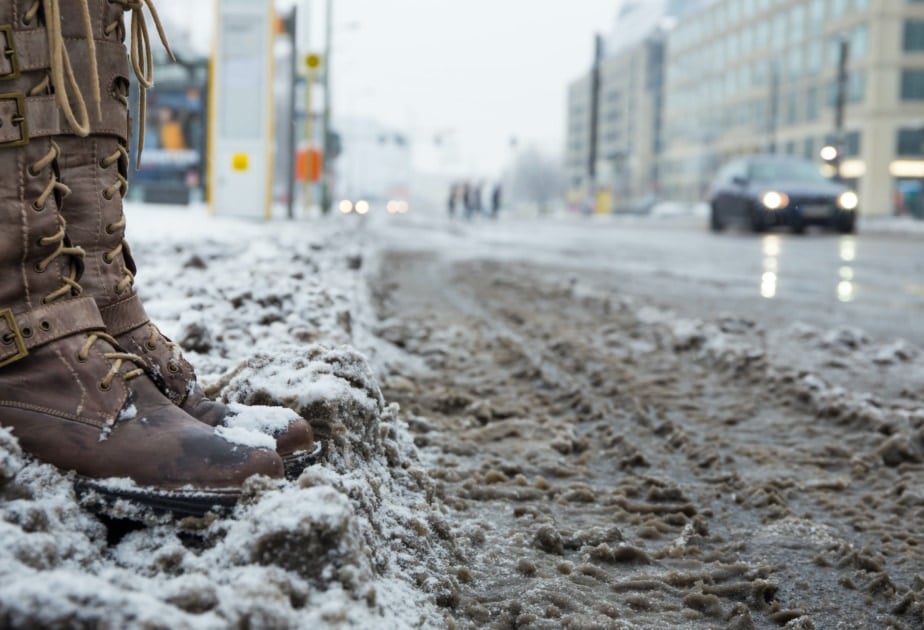 Even though winter is a few months away and summer is still in full swing, all thoughts are on winter as we get ready to release our 2021 forecast contained in the newest edition of the Almanac. Whether it’s to simply imagine relief from the sweltering conditions, or the idea of the peace and calm that comes with each snowfall, our readers are already asking about what’s in store for winter 2021. But before we look ahead, we like to take a look back at last year’s forecast. So how did we do?

In our 2020 edition, we released our 2019-20 winter outlook in which we suggested that it would be a “Polar Coaster Winter,” filled with so many ups and downs on the thermometer that you might feel as if you were on a roller coaster. Our outlook also called for frigid and frosty conditions for two-thirds of the country, with only the far west experiencing near-normal temperatures.

Well, last winter was quite a ride, and often one on the proverbial Polar Coaster, especially in the Northeast, Rockies, and parts of the Great Lakes, but in other areas, the winter was more of a dud, a vacation from the traditional cold and snowy conditions many areas of the country normally experience.

Blame It On “Arctic Oscillation“

Some might want to put the blame on the changing climate, thinking perhaps that “typical” wintry conditions may have been in short supply. But there was plenty of frigidity to go around—it was just stuck in place, and only on rare occasions did that refrigerated air make it south into the lower 48 states.

The chief reason for this holding pattern was the “AO,” better known to meteorologists as Arctic Oscillation. Arctic Oscillation refers to an atmospheric circulation pattern over the polar latitudes of the Northern Hemisphere. It serves to orient the storm-steering upper-level jet stream as well as the positioning of the polar vortex.

When the configuration of the AO is said to be “negative,” it means that upper level jet stream winds can cause frigid air to flow freely southward and deliver cold air into the United States. Sometimes, the polar vortex becomes displaced from its normal position over northern Canada and is pushed much farther to the south, into the Midwestern, Central, Southern, and Northeastern United States, ushering bitter-cold temperatures all the way down to normally warm locations such as Florida and the Gulf Coast. This famously happened during the winters of 2013-14 and 2014-15.

The Arctic Oscillation was strongly positive for most of last winter, particularly in January and February. This strengthened the jet stream and kept the polar vortex centered over the North Pole, trapping the colder temperatures in the Arctic, and leaving warmer conditions to the south, including across the contiguous US.

To better explain the AO, think of a bottle of seltzer water, which in this case represents the supply of cold air over the Northern Hemisphere for 2019-20. There were very few times when the bottle cap was opened and some of the seltzer (cold air) spilled out. In other words, the frigid air remained “bottled up.”

The cold air that remained constant over the polar regions helped form rapid ice growth across the Bering Sea in February, where sea ice extent expanded to 100% above average for the month. This was the first February since 2013 when the Bering Sea ice extent was not below average. Good news since the loss of Arctic sea ice in recent years has been the primary threat to polar bears.

See what other atmospheric phenomena affect the weather here!

Despite the mild winter temperatures overall across the nation, there were some noteworthy blasts of cold that coincided with our predictions: one such period occurred on Valentine’s Day (February 14, 2020). The Ohio River Valley region suffered brutally cold temperatures with readings plummeting to a low of -2°F at Chicago’s O’Hare Airport, regionally the coldest temperatures recorded in the 2019-2020 season. It was Chicago’s coldest Valentine’s Day in 77 years. Temperatures in Minnesota were also record-breaking; an overnight low of -35°F was reported at Preston.

Nailed It: In our winter prediction, we said “the biggest drop—with the most free-falling, frigid temperatures—is forecasted to take hold from the northern Plains into the Great Lakes,” and “the coldest outbreak of the season should arrive during the final week of January and last through the beginning of February.”

One Damp Thing After Another

We had targeted much of the Eastern part of the country for copious amounts of precipitation last winter. Much-above-average to record precipitation was observed from the Southeast into the Great Lakes. Alabama and Georgia had their wettest winter on record, while South Carolina experienced its second wettest.

Our forecast for Zone 3 for January 8-11, called for weather in the Mississippi Valley to turn stormy, followed by “heavy, windswept rains” from January 12 to 15, 2020. We said it would clear out January 16-19, with the weather turning windy and cooler.

Nailed It! Rains ripped across the Northside Mississippi on January 10 and 11, causing flash flooding in the capital city. Additional storms came through on January 14, causing even more flooding. Weather from the 19th to the 22nd was drier, with rain moving in again on the night of January 22.

Storms that we had “red-flagged” all developed on schedule (January 7-8, January 12th, January 25), but with a lack of any cold air to interact with, more rain than snow fell. A snowstorm predicted to track south of Long Island around February 7th, cut across central New York and New England instead. The storm became incredibly intense with a barometric pressure of 28.64” which is the equivalent of a category 2 hurricane! High winds, showery rains, and to the north of the storm track, some snow as well.

And yet, in spite of the unseasonable warmth that covered much of the country, there were not a few locations that saw more than their fair share of snow. Much of the Rockies, northern Plains, western Great Lakes, and northern New England received average to above-average snowfall during the winter.

February 4 and 5, snow fell in the deep south, primarily in Texas and Oklahoma, where several highways were closed. Snow fell as far south as Austin, 14 inches of snow fell in Jayton, Texas, and thundersnow occurred in Big Spring. Schools closed in portions of Texas, Oklahoma, and Missouri. 9,000 were left without power in the Oklahoma City metro area. Our forecast for February 4-7: “Very unsettled, snow Texas, with some localities getting up to half a foot.”

Due to the Great Lakes being relatively ice free and warmer than normal, unusually heavy lake-effect snow squalls followed along their leeward shores, prompting blizzard warnings in some localities. On February 28, 48 inches of snow fell in Carthage, New York, downwind of Lake Ontario!

A broad area of low pressure brought snow to parts of the Southeast beginning on February 19, when snow began to fall in the mountains of Tennessee, with over 4-inch accumulations. Similar but slightly lesser amounts occurred in surrounding areas of Eastern Tennessee, North Carolina, and Southeastern Virginia.

Finally, blizzard warnings were issued on St. Patrick’s Day over the Central Plains. Snowfall of up to two feet fell around Boulder, Colorado, and combined with winds gusting to around 62 M.P.H. to create widespread blizzard conditions. At Denver Airport over 1,000 flights were canceled.

According to the March 3, U.S. Drought Monitor Report, only 11.5% of the contiguous U.S. was in drought, up slightly from 11% at the end of January; the artifact of one of the wettest years on record in 2019. However, with the extremely dry conditions during January and February across California, moderate drought blossomed across 34% of the state during March and expanded across Oregon and into Nevada. In addition, extreme drought was reported over southern Texas.

Who Can Forget Colorado?

This past winter was weird and hard to predict. Our long-range forecasts are created to help people plan ahead. They are based on formulae and cycles that have been time-tested. Unfortunately unusual phenomenon such as the Arctic Oscillation can and do pop up late in the season and cannot be accounted for when we are formulating our predictions. The AO can be forecast but only in the very short term, a few weeks out at most. This and other factors are important reminders to not only us but your local meteorologists that predicting the weather is an imperfect science.

But we will continue to do our best to advise you on what’s to come this winter, spring, summer, and fall ahead. See our predictions for winter 2020-21!

I’ve been following the great Farmers Almanac since 1993, when I turned 5. The predictions, people don’t understand, are for a general overall point if view. I must say, it accurately describes what we should expect overall. I used the 2015 predictions, while in the military, to justify spending for gear for our troops. It predicted a colder than usual winter. And guess what? It was right! And my troops had the new winter great at the ready to stay warm! I will ALWAYS follow and ALWAYS have the newest copy on hand to help prepare for what’s to be expected. Thank you and bless Mr. Thomas for this piece of (still current) life improving piece of history.

The Almanac always predicts the upcoming winter to be the most bitterly horrific in mankind’s history. Your prediction last year for NE was 100% wrong. I don’t even pay attention to what you yahoos predict anymore.

Fair enough. But I wouldn’t call us yahoos. Our formula has been used for over 200 years, developed by our founding editor, mathematician and astronomer David Young. And we stand by our predictions, right or wrong. We admit that last year had some issues (we mention it right in the story) but we also nailed it in some regions. I’m assuming NE is New England, or Nebraska?

Please don’t entertain him, you guys keep doing the good work that you do. Thank you.

Please keep up with the great reporting

Keep up with the great reporting 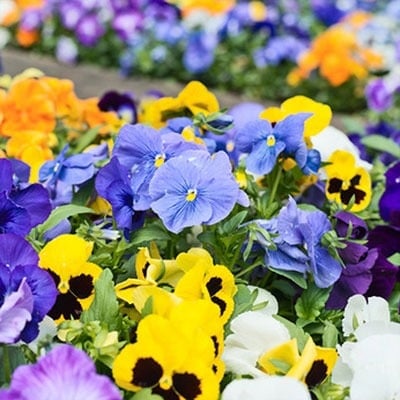