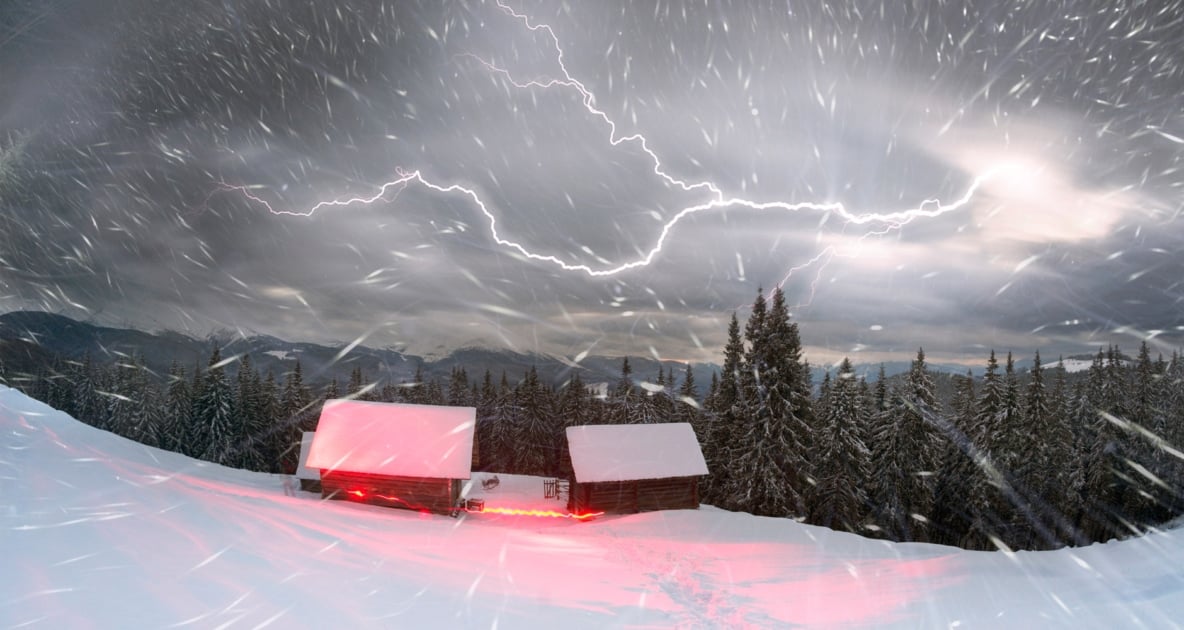 Spring and summer thundershowers are common in most parts of North America. But what about thunderstorms in the winter time? Winter thunderstorms, also known as “thundersnow,” are a somewhat rare type of thunderstorm during which snow, rather than rain, falls as the primary form of precipitation.

Thunderstorms occur when an air mass becomes so unstable that it overturns violently. This usually happens when drastically different temperatures meet, such as when the air closer to the ground is unusually warm and humid and the air above it is unusually cool. Because the lower layers of air are colder — and have a lower dew point — in the wintertime, these kinds of atmospheric clashes are very unusual during colder months. Still, thundersnow does happen.

Thundersnows are most common in the Great Lakes region, when cold air blows across the relatively mild water of the Great Lakes, forcing the air upwards rapidly enough that the instability causes lightning and thunder in conjunction with heavy snow. This same effect can happen along the East Coast, when an icy cold Nor’easter moves in to a region on the heels of a warmer front.

Thundersnow has accompanied some of the most memorable snowstorms of the last several years. A Christmas Eve snowstorm that hit parts of the Middle Atlantic and New England in 1966 was accompanied by so much lightning and thunder that weather historian David Ludlum referred to it as the “Donner and Blitzen Snowstorm.”

And of course, who can forget the Weather Channel’s Jim Cantore and his enthusiastic encounter with 5 thunderstsnows in a row?

Maybe Jim may want to slow down on the coffee, I’ve heard thundersnow a bunch of times right here in KC, pretty rare but ……

Hi. It is almost 4a.m. in Southeasr Texas and we are experiencing our first thunder snowstorm! Feb. 15,2021!

I remember driving home from work one night during a blizzard in southern Minnesota. Outside my car windows I saw flashes of light, several a minute. I didn’t know what it was. At first I thought maybe it was the light from a cell tower. Then I realized it was lightning. Weird thing is, there was no thunder. The snow was so thick it blocked the sound. I barely made it home.

I believe I first experienced thundersnow during the Blizzard of 1978, in Toledo, Ohio, when I was in first grade, or so, but not exactly sure. However,I definitely remember it distinctively in a January, 1992 storm, where I had to drive to work in it. It was early morning, my shift started at 6, and I backed out of the driveway all right, but got stuck as soon as I hit the street. Seven inches had fallen overnight little did I know. I had to dig a path out with a shovel just to get going. Later, at work, I witnessed the thunder and lightning several times. I witnessed this unusual phenomena a handful of times during the 1990s, but never since for some reason.

Susan you are so right,March 13,1993,thunder woke me up and I knew it was suppose to snow so I got up and looked out the window and we had 8 plus in. in Douglasville GA

The “Storm of the Century”

It is a rare event indeed, but sometimes it does thunder during snow storms, hence the term Thunder Snow. However, in the U.S. there has never been a case of lightening during a snow storm. You can factcheck by going to weatherpedia and overgroundweather.com.

Hi Jimmy, sorry but lightning and thunder go hand in hand, snow or no snow. From this nor’easter alone on 3/7, there were 2,000 lightning strikes. Even directly from Weather.com, “Thundersnow is a snowstorm event in which thunder and lightning occur. “

We’ve had lightning come into the house and jump across the room to the fireplace during a thundersnow storm. Fact is, you can’t have thunder without lightning.

we went through that last night

We had thundersnow here in Nashville with last week’s storm. I was watching it snow in our back yard when a huge lightning “ball” struck a few yards away, with simultaneous thunder right overhead. Needless to say, I headed inside! It thundered all afternoon intermittently…

Ii heard if it thunders in December …today…that it will snow in 14 days. Any truth to that?

It also happens in other places. In 1969-70 I went to bed in Enid, Oklahoma to thunder and lightening and woke up to knee deep snow!

We had Thundersnow here in NC on my 40th birthday, almost 2 years ago! It was the BEST gift ever!! Only down side is we had to drive home about 30 miles and it was literally like a blizzard and very hard to see the highway at times but it was still AMAZING!! Hope to see it again soon!

The first time I ever saw this was in my late 40s. in Pocatello id. It really was amazing

I love thundersnow! I hope it happens this winter.

I am remembering maybe only once a few years ago….and it seemed so strange at the time! Surreal……

We had thunder and lightening yesterday outside of Pittsburgh Pennsylvania

Interesting article although I wonder with all the weather phenom we’ve had since 2009, how it would read today. We had thundersnow yesterday (1/17/13) in Birmingham Alabama. We also had it – including lightning – March 13, 1993. Both really something!

And not only that, when it lightnings in a snow storm you see each flash in a cold of “ROY G BIV” as the light is refracted off the off the show crystals.

Do you know how to disconnect your electric garage door opener? Be sure to check your manual ahead of time so you don't get locked in or out of your garage if and when you lose power.
More hints & tips 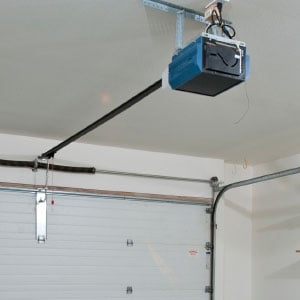