1. Many Irish people believe in leprechauns and fairies. If you ever speak of them, always refer to them as “the good people” or they will play pranks on you!

2.  It’s bad luck to destroy a fairy fort or to disturb a fairy ring—especially in the spring, when “the good people” are believed to be most active. In Ireland, fairy forts are the remnants of stone circles, ancient dwellings from the Iron Age. Fairy rings are a natural circles of mushrooms or trees.

3. When a fisherman is boarding the boat, throw a piece of coal at them for good luck! (And for even more luck, check out the Farmers’ Almanac fishing calendar!)

4. When you’re making Irish soda bread, mark it with a “cross” to let the devil out! (Be sure to check out our authentic recipe.)

5. If you’re buying something at fair, give a “luck penny” to the seller in addition to the sale price. To seal the luck, the seller must then spit on your hand and slap you! This superstition originated with the selling of livestock in ancient Ireland.

6. ”Are your ears burning?” It means that people are talking about you! If your left ear is warm, they’re saying nice things. But if it’s the right, they’re saying the opposite. It’s remembered with the rhyme, “Left for love, right for spite.” (If both ears are burning, you’ve had too much Irish whiskey.) While the origins of this ancient expression are murky, it is an example of a superstition that is wholeheartedly embraced by the Irish and has permeated many cultures.

7. Don’t enter one door and exit out another (for instance, entering through the front door and exiting out the back). It’s believed that this removes the luck from the home.

8. If your husband or wife is leaving, throw a boot (or shoe) after them and you’ll live together forever. (Because you’ll have already given them the boot!)

9. Plant rosemary near your front door to keep evil away. Through the ages, rosemary has been regarded by the Irish as well as many different cultures as a magical herb for protection.

10. If you see magpies (similar to crows), the number of them has significance—as told by the nursery rhyme:

Three for a girl,

Four for a boy,

Seven for a secret never to be told.

Seeing one magpie represents sadness whereas seeing multiple means that riches are coming to you. If a woman is pregnant and happens to see three magpies, it is a sign that the baby will be a girl. If she sees four, it will be a boy. Sometimes three or four magpies are put on cakes at baby showers in Ireland to reveal the baby’s gender!

Fun fact: The 1990s band Counting Crows is named after this superstition.

Do you believe in any of these Irish superstitions? Let us know in the comments below!

Want to read about more superstitions? Check out these.

No. 6 Burning Ears… Left or Right is good at night.

I WHOLE HEARTEDLY BELEIVE THAT ENTERING ONE DOOR AND EXITING ANOTHER AS IT WILL BRING BAD LUCK WHEN THE GOOD LUCK EXITS THE HOME WITH YOU. I WAS ALWAYS TOLD THAT YOU MUST ALWAYS EXIT THE DOOR YOU CAME IN, IF YOU DIDN’T IT WOULD ALLOW EVIL SPIRTS IN. ALSO, THE EARS BURNING!

Yessss!!! I believe this too expect if you’re walking with a friend & walk thru the door while splitting the pole, u would lose friendship with that person. I would make them turn around an walk in thru the same door with me cuz uhuhhh. I’m not losing anymore good friendships that I have w my ppl 😭💕💕.

My mother never let me or anyone she was with walk on different sides of anything vertical. I never knew why and I don’t think she did either. It was just one of those bad luck things.

I believe all of them.My maiden name is MURPHY..And Murphy’s law,yes it will happen to me..if anybody!!

I am Irish. I believe most them a lot more. I was raised y Irish family. My parents taught me so much about the believers. But I have learned more today. I have two Grand Children born in St. Patrick’s Day. I have a dwinter that is so into being Irish that she got her a Shamrock tattoo. Her daddy is Irish but he isn’t in know ING about the history like I am. Thanks for posting this information. May the Sun Be in your face and the Wind at your back 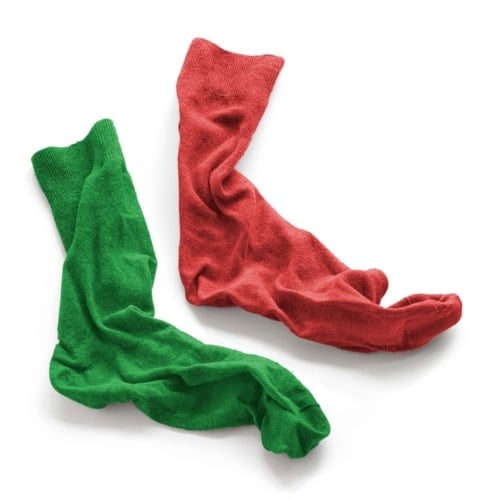