Superstitions, and being superstitious is just silly, right? Perhaps, but there’s a good chance that you may actually believe many common superstitions and practice some of the rituals to thwart evil. Here’s a list of the 10 most popular:

1.Walking Under A Ladder Is Bad Luck
Well, first and foremost, it is dangerous to walk under a ladder in case it slips, but there’s more to the superstition than that. Since a ladder, leaning against a wall, forms a triangle with the ground and the wall, the belief is that you’d better not step through it and break it, or evil may befall you. The triangle was a sacred symbol to the early Christians, representing the Blessed Trinity–Father, Son, and Holy Spirit. Walking under a ladder was considered a serious sin because it weakened God’s power, and thus released evil demons into the world. Before the gallows were invented, murderers were hung from the top rungs of ladders. Many people believed that their ghosts had a habit of hanging round under those ladders where the bodies fell, so it behooved a wise person to not walk under a ladder. 2. Black Cats Are Bad Luck
According to superstition, having a black cat cross your path may be lucky or unlucky, depending on where you live. In some countries, such as Egypt, all cats, no matter what their color, are lucky. In Egypt, cats were considered so sacred that if one was accidentally killed, its killer was put to death. Cat cemeteries were common, and mummified cats were buried with their owners. Black cats enjoyed no such exalted status during the Middle Ages, when it was believed that a witch could take the form of a black cat. There’s a story about an English father and son meeting a black cat they suspected of being a witch. They stoned the cat and the next day encountered the witch in her human form. Her face was bandaged and she died shortly thereafter. This story seems to be the origin of bad luck coming your way if a black cat crosses your path. Of course, we know that a cat is just a cat, and its color is simply genetics, and means nothing for luck.

3. Beginner’s Luck
“Beginner’s luck” is the idea that people new to a sport or game are likely to win when they try it out for the first time. It could very well be that beginners simply do better because they aren’t as stressed out about winning. Too much anxiety, experts say, can hamper performance.

4. Spill Salt? Throw Some Over Your Left Shoulder
We wonder how much salt ends up on kitchen floors with this one. It is believed that salt, everyone’s favorite seasoning, is also a valued weapon in the battle against evil spirits thanks to its purification and warding capabilities. Therefore, tossing it over your left shoulder with your right hand is supposed to create a magical barrier that will keep you safe from harm. Of course, the broom you use to sweep it up with probably has more ability to protect you from any danger. 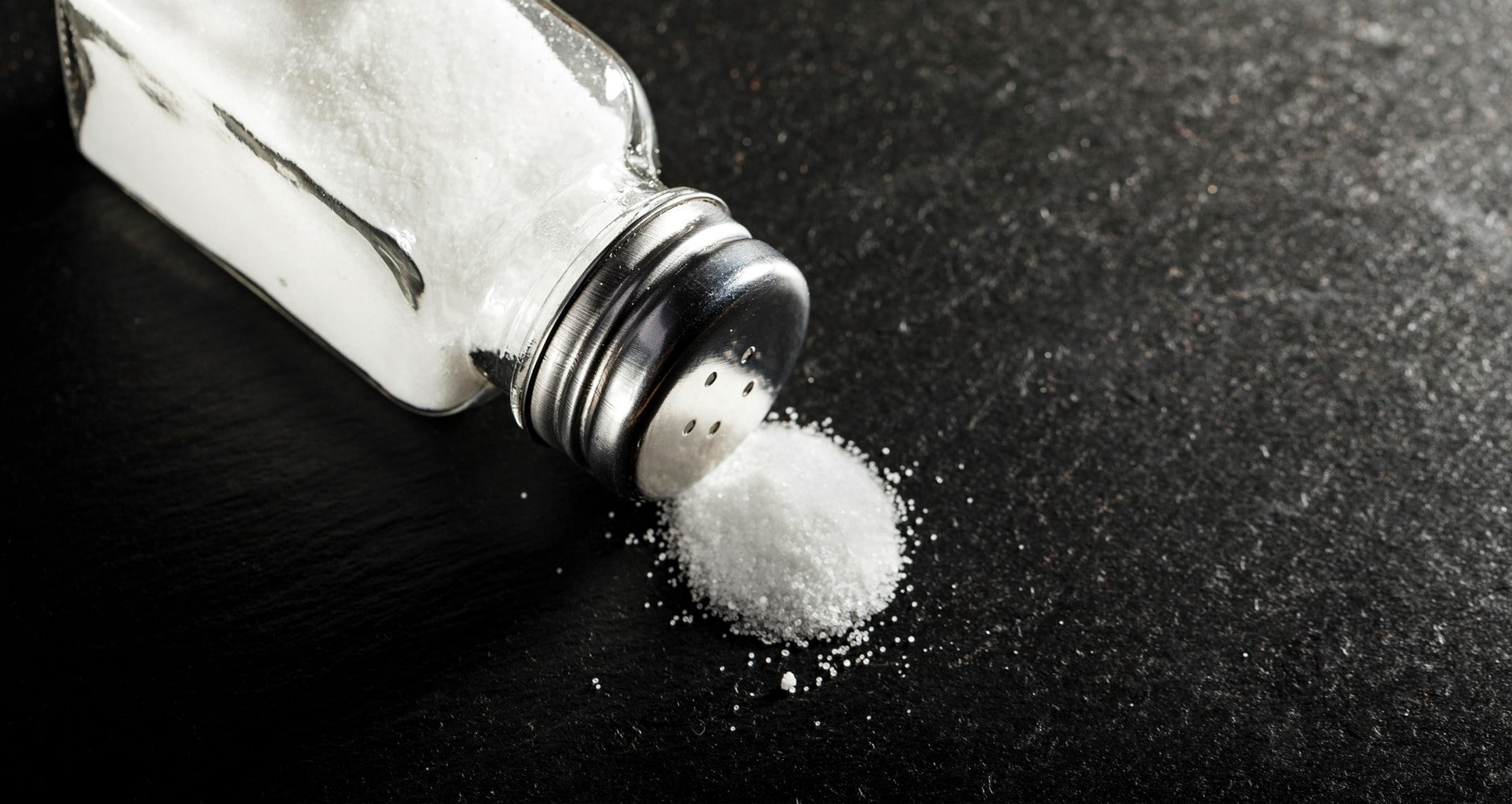 5. Bad Luck Comes in 3s
First, Uncle Joe dies. Then your best friend is in a car accident. Now you’re waiting for the other shoe to drop because we’ve all heard that “bad luck comes in 3s.” There are several theories behind this belief. One links to the holy trinity of father, son, and holy spirit, with the notion that important things (good and bad) come in threes. Another is that three establishes a pattern, so something happening once could be random, twice could be simply chance, but three times means something significant.

6. Knock on Wood or “Touch Wood”
You have probably performed this ritual a thousand times: You just finished the sentence that you never get sick, or that your car never breaks down, then you immediately search for something that’s made of wood so you can give it a few taps with your knuckles. There are several theories of where this originated, but most agree that this belief started with the Druids.  Their idea of divinity involved nature and the trees were their gods. Knocking on wood was considered a form of physical contact with them, which brought along good fortune. Most Pagan cultures around the ancient world also believed that trees were inhabited by spirits, so it was thought that by simply knocking on the bark of a tree, you could stir the aid of the nature spirit residing within. It’s unlikely that knocking on wood does little more than send people to the front door looking for the pizza guy.

7. Cross Your Fingers
Ever wish or hope for something and then cross your fingers? The reason for this was that it is believed that bad luck is trapped at the point where the two fingers meet so when we cross our fingers, we stop the bad luck from escaping and allow our wishes to come true. Not very likely, but it’s still one we almost all practice. 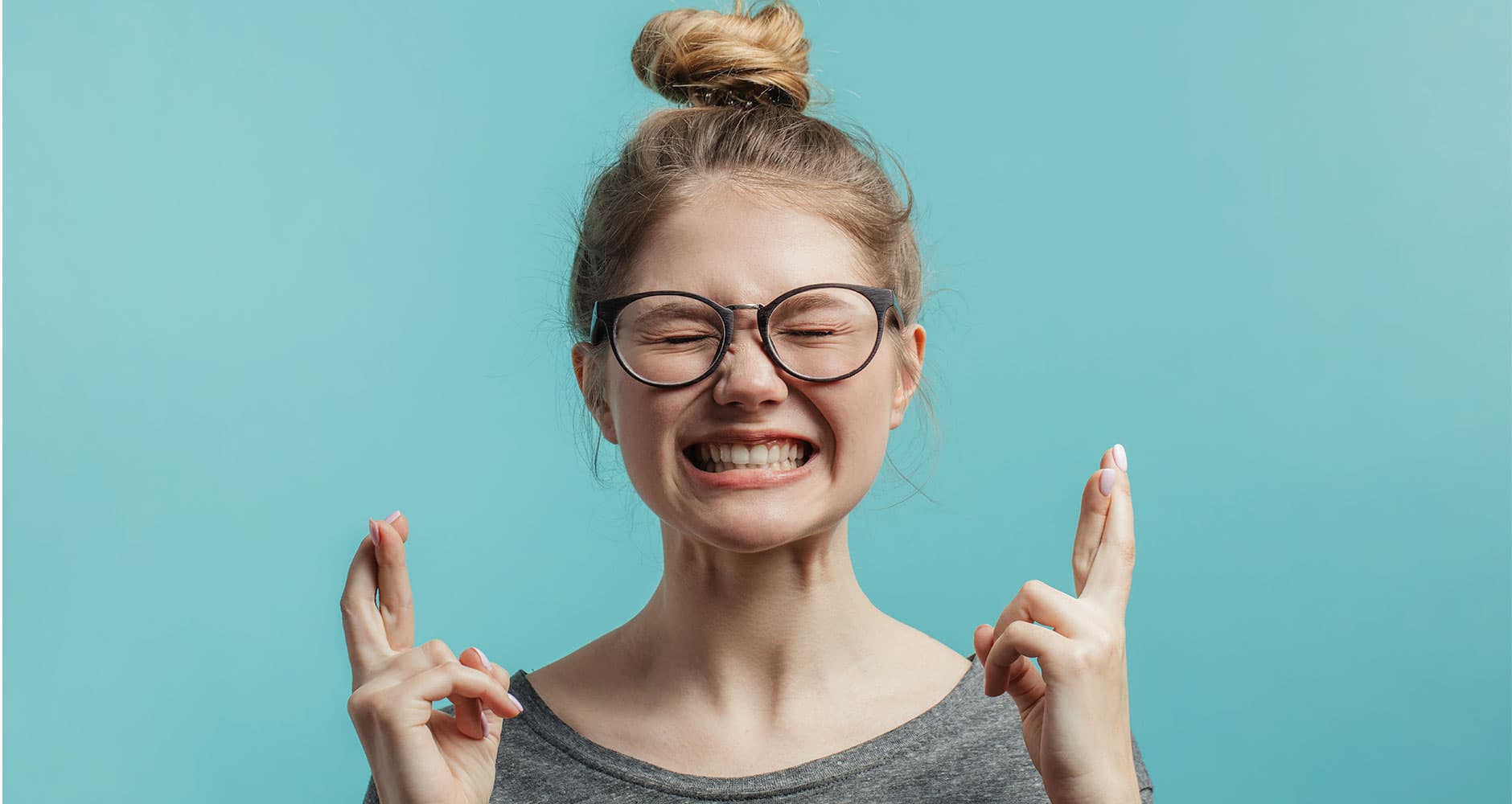 8. Opening An Umbrella Indoors
The umbrella myth comes from the early religions that worshiped the Sun god, when people believed that opening it indoors and away from direct sunlight is an offense to him. The only danger from this practice, really, is poking someone who’s standing in close proximity to the pointy ends.

9. Itchy Palms
There’s an old superstition that when your palms itch it means money coming in our out. An itching left palm means money to be paid out, while an itching right palm is money coming in. But is there any truth to this one? Some experts say yes, since itching palms often signifies new internal energy moving through the hands. The left hand is the passive or receptive, and the right is the active. To aid this superstition, another one comes along — touching or rubbing wood is a very old superstition for releasing unwanted energy buildup (thus “touch wood,” as in #6). Itchy palms could also simply mean dry skin.

10. “God Bless You!”
This one is almost instinctual now. Someone sneezes and immediately we say either “Bless You” or “God Bless You.” But why? During the sixth century, it was a tradition to congratulate people who sneezed because people believed that sneezing helped expel evil from their bodies. Years later, when a plague took over Europe, sneezing meant that the person was going to die of plague. People blessed the person who sneezed because they were surely going to succumb and needed the prayer.  Saying the German, gesundheit is essentially the same thing; it translates literally to “health.” On downton Abbey, Anna says “Bad harvest, bad harvest,” to ward off bad luck on her pregnacy. The reason given is to avoid the jealousy of the Gods when things are going well.

This one most kids feared when I was growing up: if you step on a crack, your mom will break her back. We avoided cracks in the streets and sidewalks all the time. Another one: If you see a dead animal, you are suppose to say….one, two, three, not on my momma’s table.

Yes! Karen, I remember the don’t step on a crack superstition. 🙂

How about when you pass someone going opposite of you on a flight of stairs…I retrace 3 steps!
Also, when walking with a loved one and something comes between you, i.e. a post, person, you have to say “bread & butter” to fend off an argument?

Haha! Never heard of those two Brenda. I’ll have to ask my mom if she’s familiar with them. 🙂 My Gran used to say, “Cat ate grass. It’s gonna rain.” And she was always on target! Then again, she was an apple farmer in michigan…always watching for signs.

It was step on a crack break the devil’s back and itchy hands. Left hand is the receiving hand, when it itches money is coming your way. If it is your right hand, the giving hand, that itches it means you owe money. If given something “receive it” with your left hand, if giving something present it with your right hand. If you give a wallet or purse as a gift be sure to put a coin in it, even a penny, so the person receiving it will never be “penniless.” You do the same if you are sending these items to Goodwill.

If you are walking along with a loved one, never separate to go around something stationary, such as a light pole. If you do, one of you has to go back and follow the other on the same side, saying, “Bread and butter!” No idea why, but I still do it. LOL

Thanks for giving me hope and making my core chuckle. I loved all comments x