Yawning is one of those mysterious reflexes that has everyone wondering, including scientists. Why do we do it? And is it really contagious?

Scientists still aren’t quite sure why it is that people yawn — most agree that yawning is a combination of things. However, there is one theory, researchers say, that may be one of the largest contributing factors to yawning.

Why Do We Yawn?

Almost all vertebrates yawn, from humans and apes, to birds and reptiles. The longest-held theory was that yawning was a function to help wake us up when we are tired. You open your mouth, draw in a big lungful of oxygen-rich air, the oxygen goes to your brain, and then you feel a little more awake. This theory, however, has been proven to be untrue. Even fetuses yawn in the womb where they cannot draw in oxygen.

The most current thinking on the science behind yawning is that we do it to help regulate the body’s temperature, specifically, the temperature of the brain. It starts with chemicals in the hypothalamus, which is the part of the brain responsible for all our physiologic functions such as thirst, hunger, sleep, mood, and the release of hormones within the body. This area of the brain houses the pituitary gland. And it’s responsible for inducing yawns. Chemicals like dopamine and oxytocin are released and then you instinctively yawn. If you resist the urge to yawn, then you are left with an unsatisfied feeling —though scientists are not quite sure why that is.

Does Temperature Have An Effect on Yawns?

What we do know, however, is that temperature has an effect on whether or not people will yawn. Scientists tested this theory in 2007 by holding hot and cold packs to peoples’ foreheads. Test participants that held a warm pack yawned 41% of the time while those with the cold ice packs only yawned 9% of the time.

But Are Yawns Contagious?

You’ve heard it said, and tested it yourself: You start yawning in a meeting, and then everyone starts yawning.  Even the sound of a fake yawn sparks the chain reaction. There is a lot of evidence that yawning is, in fact, contagious. Why? Again, scientists are not yet ready to say for certain, but much research has been done and the conclusions are surprising.

While temperature does seem to have an effect on yawning, researchers admit that temperature alone is likely not the only factor contributing to the reasons why we yawn. Yawning also appears to be a social behavior, with at least half of people yawning when they see someone else do it. That number grows higher among younger people. “Contagious” yawning happens about 60% of the time among people that are between the ages of 25 and 49 and 82% of the time among people under 25.

So yawning truly is “contagious,” although the jury is still out on why that is, exactly. It is likely a combination of factors. One theory states that yawning may very well be a type of communication, a bonding mechanism — or even a way to warn your fellows of changing conditions or potential dangers.

Another interesting theory suggests that contagious yawning has to do with empathy. Several studies have looked into this and it has been found that children under four years of age don’t usually yawn contagiously. Contagious yawning is also less likely to happen among people with autism, schizophrenia, psychopathy, and other conditions that affect empathy.

In a new study, yawns appear to be contagious between dogs and humans!

Various studies have found that, interestingly, yawns are more likely to be catchy among friends and people that care about each other, and contagious yawning rates seem to go down when people are among strangers. If you happen to see someone yawning who you don’t know or like, it is very likely that you won’t feel the urge to yawn along with them.

Are You Yawning Right Now?

So no need to stifle that yawn because it doesn’t necessarily mean that you are tired. Instead, it likely means that you are simply sympathetic to the yawners around you.

I’m glad it was my bedtime when I read this article because I yawned through the whole thing..lol. It is true that young children don’t catch a yawn. I tried it many times with my son and it never worked.

It’s so interesting, isn’t it? Glad you enjoyed the article!

I yawned so hard through this article that my eyes watered. Until you mentioned our reactions to those who are unfamiliar to us. I stopped yawning at that mention and haven’t yawned since. Incredible

In 2012 I had gastric bypass surgery. Since that time I have not been able to yawn even though I feel the need to do so. I start the yawn then it just stops before I can complete the intake of breath. Have you ever heard of this before? It is really frustrating. Has anyone else experienced this following surgery? 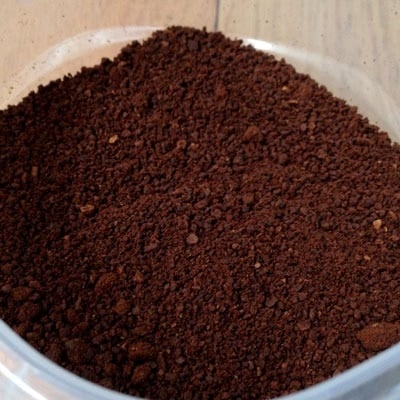