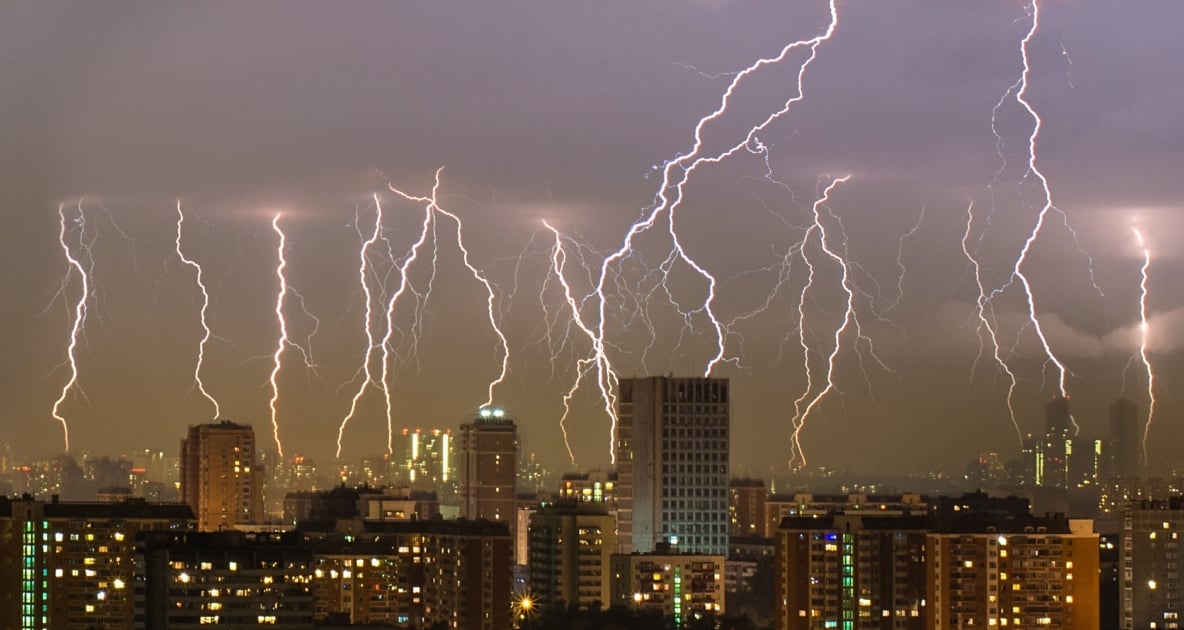 Weather. While it’s a state of the atmosphere, it’s also a state of mind. And it is very subjective. One person’s sunshine is another person’s sweater weather. Fortunately, when it comes to weather in the U.S., there’s something for everyone. Nowhere else on Earth will you find such a diverse mixture of weather-related events year-round. Are you in the right spot for your weather passions?

Snow is one of those weather events that can cause great divides—people
either love it or hate it. There’s no in between. If snow is your passion, you’ll want to head to Alta, Utah (pop. 383), as it is the snowiest inhabited place in the country, receiving an average of 507.8 inches annually. It has snowed in every month except July and August.

Hurricanes are defined as tropical cyclones that attain a wind speed of 75 mph or more. The word hurricane may have originated from the Mayan storm god, Hunraken, or perhaps from the Carib word, urican, for “big wind.” They are the deadliest storms on earth.

Born over tropical waters, they produce utter chaos as they plow into coastal regions, not so much because of their high winds but because of the enormous waves and high tides that result.

If you’re passionate about hurricanes, keep the state of Florida on your radar. Florida is by far the most hurricane prone state, according to the National Oceanic and Atmospheric Administration (NOAA).

Based on a survey taken between 1851 to 2017, a total of 117 hurricanes have scored a direct hit on the “Sunshine State.” That’s almost twice as many as the runner up, Texas, with 64. Louisiana is third with 54, and North Carolina fourth with 51. Miami and Orlando rank #1 and #2 as the cities that have suffered the most with 22 and 14 hurricanes (respectively) having approached to within 50 miles.

While hurricane season runs from June 1–November 30, the “prime-time” for hurricane activity is mid-August through mid-October.

Check out the hurricane names for the season here.

Compared to a hurricane or winter storm, a thunderstorm is a hiccup on the radar system. Typically, a thunderstorm spans only 10-15 miles in width and usually lasts about 20 or 30 minutes.

But make no mistake about it, what thunderstorms lack in size, they more than make up for in violence, and are the second leading cause of weather- related deaths in the country. (The first is floods.)

Florida wins this category again, with Tampa, Lakeland, and Fort Myers all competing for the top spot, averaging 90+ thunderstorm days a year (2012 data).

Tornadoes are generated by severe thunderstorms and can often be seen extending down from the base of a cloud, much like a giant twisting funnel. Tornadoes tend to be located to the southwest of thunderstorms.

Wherever they touch down, tornadoes can cause incredible damage because of the tremendous winds and extremely low pressure associated with them.

A typical tornado is less than a thousand feet in diameter, and as it moves with the severe thunderstorm, it rarely lasts for more than a minute or two in any one place. But this is plenty of time—with winds that can exceed 200 mph, destruction is almost instantaneous.

The months of April, May, and June see the highest tornado activity. Most tornadoes develop in a region from South Dakota to the Gulf Coast of Texas known as “Tornado Alley,” where cool, dry air from Canada clashes with warm moist air from the Gulf of Mexico. In parts of northern Texas and central Oklahoma, an average of nine tornadoes per year occurs per 10,000 square miles.

Are you a fan of cloudy days? Some say cloudy days make them happy. We know clouds are made up of water droplets or ice crystals if the temperature is below freezing.

On their own, water droplets and dust particles simply float inside a cloud because they’re so tiny and light. But when there are countless millions of them, the droplets collide with one another, clinging together and becoming bigger and heavier. Eventually, the cloud becomes too heavy, and gravity causes the water droplets to fall back to Earth as rain.

If you’re seeking days with endless clouds, the south coast of Alaska has by far the cloudiest weather in the U.S. Cold Bay (pop. 108) experiences an average of 304 overcast days each year. On the mainland, Astoria, Oregon,
sees 239 days experiencing at least 75% cloud cover.

Finally, if hot and sunny days make you the happiest, there are plenty of spots in which you can find them. Head for Yuma, Arizona. This desert city receives the highest percentage of sunshine of any city in the country. Just
be sure you’re ready for the heat: from June through September, the daily high temperatures run above 100° F. Many cities in southern California also fit the bill.

So are you living in a location that agrees with the type of weather you love? Tell us in the comments below!

So basic is when your alive with good friends and loving animals, the wheater is doing what it can for every things on earth; so have a good day and enjoy as much as you can when you are HERE BE HAPPY WITH WHAT YOU GET ??? FROME FROM SOMEHWERE !!!

Where can I go to get cool-ish summers, real spring and fall and cold winters without a lot of snow and ice? Anyplace with a lot of fog is a plus!

Northern Alabama, Tennessee Valley has all those things except a lot of fog.

I’m in southern New Mexico–Way too hot in the summer for me, but I’ll take our over 300 sunny days and summer monsoon rains rather than have some of the weather in the article.

Yes I am Thankful I’m living where the weather is just fine in all it’s season’s of the year. In the Bay Area an hour from S.F. And one hour from Sacramento, CA I am happy with out weather here!!!!☺

Virginia… we get all the weather but yet we’re fairly balanced with it all. Virginia has always had all four beautiful seasons.

Emporia is a great diverse town in Virginia that has it all.

How about a place in the states that for the most part is tolerable most of the time? I live in Indiana and I’m tired of snow and cold even though this winter has been milder. I would like a place where walk I can walk outside in over 50 -55 most of the time and I don’t mind heat in the summer. Any ideas? Don’t say Hawii please because I can’t afford the cost of living there.

Virginia. We got it all.

Thank You Ray, I will check it out.