The Best Air Purifying Houseplants, According to NASA 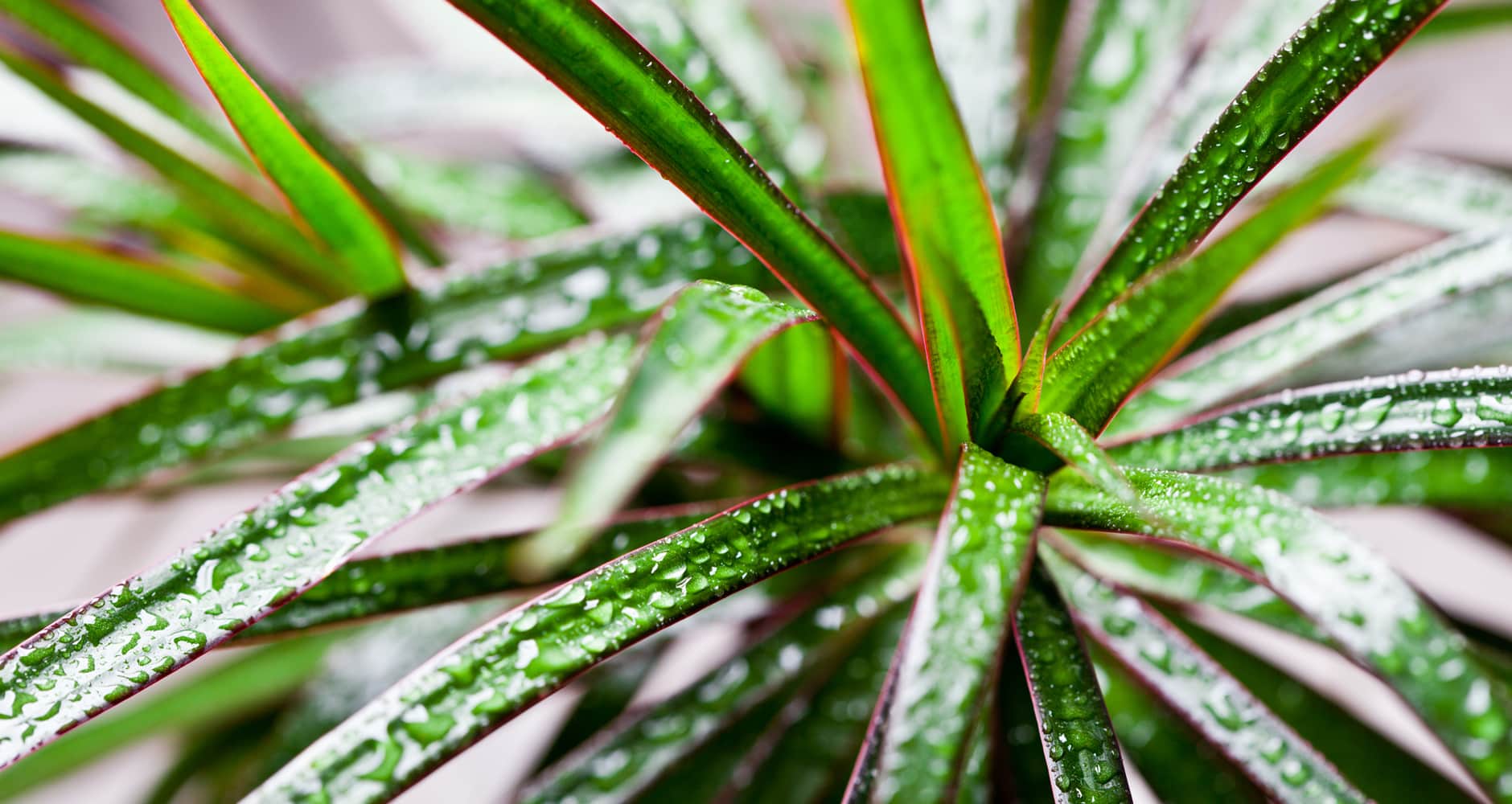 A few houseplants can do wonders for your home. Something about them makes things seem fresher and more inviting. As it turns out, there is proven science behind that fresh feeling. During the 1989 NASA Clean Air Study, researchers tested a variety of common houseplants for their ability to remove common airborne pollutants like benzene, formaldehyde, and trichloroethylene. These substances are found in most homes, and they come from a wide range of sources – cigarette smoke, new carpets, paints, plastics, rubbers, dyes, household cleaners, insulation, plywood, paper products, inks, adhesives, and more.

The study’s results were nothing short of amazing. Researchers found that many houseplants were capable of removing up to 87% of indoor air pollutants from a confined space in under 24 hours. If you’d like to put the purifying power of plants to work in your home, here are some of the best to try!

1. Mums. The plant with the most purifying power is the Chrysanthemum morifolium, or the potted mum, that you can find at garden centers and grocery stores in the fall. While mostly a fall outdoor plant, you can bring them in when the weather gets cold. And you’re going to want to! During NASA’s tests, these beauties cleaned up 61% of the formaldehyde, 53% of the benzene and 41.2% of the trichloroethylene—all while sending up a profusion of colorful blooms.

2. Gerbera Daisies. Gerbera daisies are another colorful flower that packs a purifying punch. In 24 hours, this flower removed half of the airborne formaldehyde, 67% of the benzene and 35% of the trichloroethylene.

3. Peace Lilies. Among all the plants in this study, the peace lily is one of the most popular. The Clean Air Study showed that in one day, peace lilies can remove up to a quarter of some airborne toxins. The benzene test, however, is where these plants really stood out, sucking up an amazing 79.5% of this toxin.

4. Dracaena. It turns out that the dracaena family is really good at air purification – particularly when it comes to benzene. The Marginata variety, or red-edged dracaena, is one of the best, removing up to 80% of this toxin from the air. Janet Craig, a green dracaena, removes 77.6% of benzene, and Warneckei, the striped dracaena, works well against benzene and formaldehyde, removing half of both toxins from the air.

5. English Ivy. If you like trailing plants, then English ivy is a must for your houseplant collection. It was the top plant at benzene removal, taking care of 90% of the toxin within 24 hours, and it also removed small amounts of other toxins as well.

6. Snake Plant. It goes by a number of names – St. George’s sword, mother-in-law’s tongue or simply sansevieria – but it’s easily recognizable by the long, stiff leaves edged in yellow. This plant removes 52.6% of airborne benzene along with a substantial amount of formaldehyde.

7. Ficus. A staple plant in homes and offices, ficus trees are great at toxin removal. During NASA’s tests, these trees cleaned up 47.4% of the airborne formaldehyde they were exposed to along with 30% of the benzene and 10.5% of trichloroethylene.

The plants listed above are some of the best at removing airborne toxins, but they’re by no means the only houseplants that will get the job done. Most plants will absorb toxins to some degree, and the NASA study also found that with continued exposure over a period of six weeks, houseplants doubled their capacity to clean up the air.

Furthermore, benzene, formaldehyde and trichloroethylene aren’t the only toxins that plants will remove. They’ll take care of a wide range of pollutants found in smoke, solvents, finishes and household chemicals. What’s more, the plants aren’t the only things that reduce pollution levels. The potting soil helps, too. The NASA study found that leaving the soil exposed so that there was room for air to circulate between the plant’s lowest leaves and the soil line increased toxin absorption by 15%.

If you’ve ever kept houseplants, then you know that caring for them can be good for the soul; the NASA Clean Air Study proves that they’re good for your health, too.

Many more do exist furnish

I have an indoor art studio and put my snake plant in it because of the windows but I have noticed that it is growing like crazy could it be the toxins from the materials that I am using?
Do the toxins help the plants grow?

Stephaine, I hope there aren’t too many toxins in your studio not only for the plant’s sake but yours! Perhaps the lighting is good or it just likes it in there?

I’m wondering if there is a time better to transplant house plant from small pots or starts to a bigger pot?

Hi Edith, Each plant has its own “rules” when it comes to transplanting. For example, you shouldn’t transplant Christmas cacti when they are blooming. Let us know which ones you’re looking to transplant.

I live in a townhouse but my windowsill are not wide enough to out plants on.what would you suggest?

Hanging plants work well. Amazon has a system that hooks to ceiling with 4 shelves suspended on wires that’s really cool, but pricey.

ALL plants give oxygen and ‘ingest’ carbon dioxide; so all plants would be good in helping to add oxygen to your home while reducing the carbon dioxide. Many will also help keep dust down.
That NASA ‘study’ was done, first, in the 1980’s and their list was much longer. Some plants (many plants) will remove even more; like harmful gases formaldehyde, trichloroethylene and other noxious Indoor gases you’d breathe.
One plant for about every 10 x 10 (100 sq ft) area will do it. A variety of plants works best and for those with black thumbs try a few low light plants in low light areas and high light plants in sunny windows. – don’t forget to ware them and dust their leaves once in a while.

Thank you for the information…it gets pretty stuffy in the summer with the A/C running constantly in AZ…we appreciate the wholesome information!

LOVE Farmer’s Almanac!! Does anyone know if a lemon plant cleans the air at all?? Thanks!

Unfortunately, many houseplants are toxic to pets if ingested. Peace lilies — and most other lilies — are definitely toxic. On this list, Gerbera daisies should be safe. Palms, zebra plants and African violets are all safe, too. Here’s a page from the ASPCA that lets you search by toxic and non-toxic plants:

Also…any plant in the cactus/succulent family has a substance that will make your pets “high” if they chew on them or injest…had this experience with a hose cat and Christmas cactus!! It was amusing but probably not safe!

Are any of these plants safe around pets? I have two indoor cats.

Is the Peace Lilly safe for cats? in the house

Marcia: African violets might work! They don’t like much direct sunlight at all — they’ve always bloomed best for me in eastern or western windows.

philodendron..sorry if i’m spelling that wrong,,is good around your windows that face east..just remember some or most of these plants are poison to cats and dogs if they like to chew. but if you get two and put them in pots on either sides of the windoes..they will grow up..you have to put cup hooks into your window frame to hold them..but it’s pretty when it’s framed in that plant or ivy..with ivy you can put string up and around. ivy has little feet and they will climb up the string and hold on

The question was what kind of houseplant is good for east exposures with little sub.

Most of my plants get morning sun. The peace lilies seem to do best with morning sun. I just acquired a bird of paradise from my best friend back in the summer so I have it beside the peace lily. I am getting ready to assemble shelves I bought that are plant stands. The plants on them will get limited morning and afternoon sun since winter is approaching. I am going to try a couple of grow lights out in that spot. I also have several types of cactus and other plants that I have no clue what they are but low to medium light seems to agree with them. I have german ivy and other types of vines. Over the winter and spring, I will acquire a few more house plants.
So from my experience, most plants do good with morning sun as long as they get bright light the rest of the day

The reading I’ve done suggests that you need one plant for every 100 square feet. So, you wouldn’t need to turn your home into a jungle, but you’d probably need two or three plants in medium and large rooms.

How many plants are needed per square foot of room space in order to achieve the results stated above?