While January is traditionally the coldest month of the year in the northern hemisphere, the heaviest snow usually falls a month later. It’s only natural then that the name for February’s full moon among Native American tribes of the north and east was the Full Snow Moon.

Among the Mi’kmaq people of Eastern Canada, the driving winds that often accompanied February snows led to the name, Snow Blinding Moon. Because this month’s typically harsh weather conditions made hunting very difficult, other common names for February’s moon included the Hunger Moon, the Bony Moon, and the Little Famine Moon.

To the early American colonists, the optimal time for trapping beaver, fox and mink was the dead of winter when these animals coats were at their fullest. So to them, February’s moon was known as the Trapper’s Moon.

Get All 12 Months of Full Moon Names Here »

Hi Carmen Diaz, no, no relation! Thanks for your note!

Thank U Almanac… for bringing these amazing attractions that endure forever in our minds & visions that we can see & feel closely to without being out there on the view !!!.. So wonderful…*****

I love my Farmer’s Almanac. Give me many hours of useful information.

Susan Higgins, daughter of David and Vera? Moon’ faces are peculiar characters. They can describe many things. Indians still follow the moon to personalize their instincts. Abundant Life and Prosperity can depend from a moon reading. No joke!

I live here in Abbeville,SC a place where there is very little snow,sleet,freezing rain or any other precipitation other than rain.When we see a snow flake around here we head to the grocery stores and buy all the bread and milk there is!
For the most part we really have great weather but the school children would really like to have a few or at least one “snow day”!!!

Native Americans really had a close affiliation with the moon and its phases. I enjoy these reports each month on the names given to the full moon for that month by various Indian tribes.

Hi Valerie, Check out our winter forecast here (and the weather map with your zone). You can also keep track of what we’re forecasting here (which is the same information that’s in your 2016 Almanac): https://www.farmersalmanac.com/long-range-weather-forecastsouth-central-us/

This is Exactly right on point

This is exactly right on point

History does repeat itself … weather-wise! Be careful everyone and have fun shoveling!

Interesting but the coming four full blood moon tetrads are much more interesting.

Farmers used the month of Feb. to get farm equipment in top shape for spring. Not much else could be done on the farms except prepare for the coming farming season, and the ladies would quilt, sew and mend clothes for all the family. Heard these stories and others about life on the farms as I was growing up.

Has your family outgrown baby spoons? Use them for jellies, jams, and other condiments.
More hints & tips 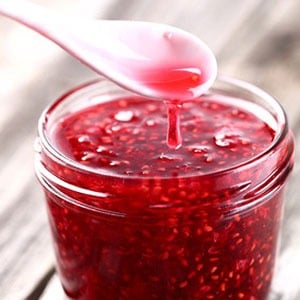