Even though this month’s Moon turns 100% full on July 5th (at 12:44 a.m. in the Eastern Time Zone), it will be full and bright in the sky on the 4th! Watch it rise in the east after sunset on the 4th, Independence Day—here’s hoping for clear skies where you are!

As summer peaks, the velvety antlers of male deer which first begin to sprout in early spring finish growing, forming pointed tips and hardening into their final glory. The sight of their magnificent racks against the summer sky led to the name, Full Buck Moon.

For farmers, high summer’s the time to cut and cure hay to put away for winter feed. So July’s full moon is also known as the Full Hay Moon.

July is also the month when thunderstorms are most frequent, so this month’s full moon is sometimes called the Full Thunder Moon.

Find out all full moon names and their meanings »

I HAVE ALWAYS BEEN A MOON FREAK CONSISETING MY BIRTHDAY IS JULY THE 9TH. IAM THE MOON CHILDI THINK THAT THE MOON IS SOOOO AMAZING MY MPM TOLD ME ONCE THAT I WAS CONVERGED BY THE MOON!!! GO FIQUIRE HAPPY 4TH OF JULY EVERYONE!!! BE SAFEBOK SS

Thank you for the research & the facts. My friend, Scott Buch, from NY was out walking the city parking lots in ATL tonight looking for this Buck Thunder Hay July moon he has known about his entire life. It must have been behind clouds until 11:30pm. I see it now over my window. So, I came in & began research. Your article is well~written. Thank you.

Love these articles on the full Moons 🙂

Thank you Michelyn, we are glad you enjoy them!

Thank you for the great information about the moon. I have a question to ask and it is when is it the right time of the year to go looking for deers antlers when they start knocking off and also where are some of the best places to look for them? I live in Townsend, Tennessee close to Cave Cove.
Have a great week 🙂
Star

Whitetail bucks typically shed their antlers in March so late March and April are usually the best time to look for them.

As for “blood moons”, back in 1998 our area had a blood moon in early Sept. I remember that I had never seen a moon like that. An elderly relative called everyone and said there would be death and destruction because of the blood moon. During the early morning hours of the next day, we had horrific thunderstorms and winds. Next morning we woke up to no power over the region( almost a week), trees down everywhere,damage to homes and unfortunately some loss of life. We commonly refer to this as our Labor Day Storm. The blood moon story made believers of all of us!

My friend had her baby July 2

Karen, full moon insomnia. Know it well. My husband always laughs at me.

in the ATL area, I would guess that the reddish haze of the moon was due to pollution.

At the very end of the movie “Disney’s The Kid” is a written explaination. Its due to the earth’s axis not allowing blue light rays from the moon, and only allowing red light waves into our atmosphere.

Last night in Atlanta Metro area we had what appeared to be a full moon but it was VERY red. What does a red moon mean?

My mom used to talk about a blood moon and it meant trouble coming. Has anyone heard of it?

Carol, when a second full moon occurs in any given month it is called a blue moon. This is the first full moon so it takes on the name/theme/season recognition for this month. It isn’t different this time…it just isn’t the blue moon yet. That will occur July 31st.

Usually two full moons in one month are called a “blue moon” …..why is this different from those????

have you ever heard of ” blood moons”.

Thanks Ilike this a lot.

. Thanks for the information. I like this article a lot.

Mercury Retrograde is true to its name.it happens three times a year. You should do everything before the Mercury Retrograde. Mercury is the planet of communication,retrograde means backwords.Communication goes backwards..remember with this prefix. RE everyrhing. RE DO, RE ORGANIZE, RE CHECK. DO NOT START ANYTHING NEW .IF YOU STARTED IT BEFORE THE RETROGRADE ITS OK.. Comminication thru technology,sighing important papers,all should be done before or after the retrograde because things will go haywire..important things. Recheck everything a few times…avoid important deals or signing important deals before or after..hope this helps.

I Like the name Full Buck moon, Sounds great & they are in may corn Bucks !

I am planting by the Moon phases and my squash are doing spectacular.

… but I love being vague! Really I just wanted to say Hi!… I’m in a mood today… I love these kinds of articles…. Thank you for having them… …apologies for the trouble.. I really have nothing interesting or helpful to say regarding anything at this time…
Have A Nice Day…

Ticia…it’s just wonderful to have a computer isn’t it…did you try doing a “Search” on your question?

I was wondering if you could do an article on Mercury retrograde. My husband keeps on about it and I thought you might be able to give some insight on it. Thank you.

Dry indoor air can wreak havoc on your skin. To add moisture to the air in your home (and save energy), dry some garments on a drying rack or indoor clothes line.
More hints & tips 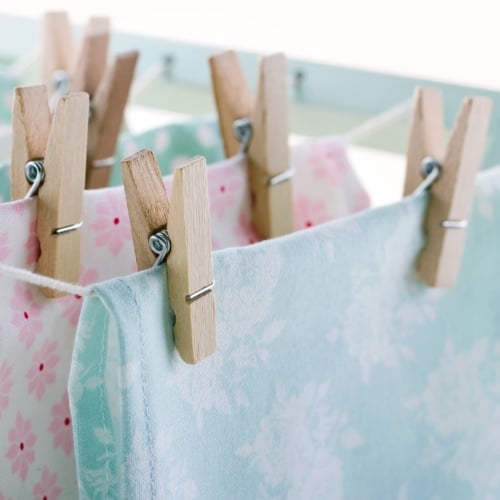