If you enjoy seeing “shooting stars,” then get ready! A pre-Christmas celestial fireworks display known as the Geminid Meteor Shower peaks December 13-14. Many astronomers consider the annual December Geminids to be the best shower of the year, surpassing even the famous Perseids of August. Learn where and when to look!

On a good year, depending on how dark your location is, it should be possible to see as many as 60 to 120 “shooting stars” per hour for the duration of the night.

One of the nice things about the Geminids is that—unlike most meteor showers—they’re active in the evening (not only after midnight). The radiant (the spot in the sky where the meteors will appear to emanate) lies just below and to the right of the bright star Castor in the constellation Gemini (hence the name “Geminids”).

These shooting stars are caused by fragments of 3200 Phaethon. The asteroid has a debris trail that orbits around the Sun, and every year at this time, Earth runs into this dusty debris trail causing the “fireworks.”

But keep this in mind: at this time of year, meteor watching can be a long, cold business. You wait and you wait for meteors to appear. When they don’t appear right away, and if you’re cold and uncomfortable, you’re not going to be looking for meteors for very long!

The late Henry Neely, who for many years served as a lecturer at New York’s Hayden Planetarium, once had this to say about watching for the Geminids: “Take the advice of a man whose teeth have chattered on many a winter’s night: Wrap up much more warmly than you think is necessary!”

Hot cocoa or coffee can take the edge off the chill, as well as provide a slight stimulus. It’s even better if you can observe with friends. That way, you can keep each other awake, as well as cover more sky.  Give your eyes time to dark-adapt before starting.

If you can wait until 3 a.m. on the morning of December 14th, and are willing to brave the chill, you’ll be rewarded with a fine display of Geminid meteors. Prior to 3 a.m. (your time), a bright waxing gibbous Moon will light up the sky and hide most of the fainter “Gems.”

Once the Moon is out of the way, you’ll have two to three hours of dark skies where anywhere from 60 to 120 meteors per hour may be sighted. The meteors appear to diverge from a spot on the sky near the bright star Castor in the constellation of Gemini the Twins. After 3 a.m., Castor stands almost directly overhead, and when dawn breaks it will stand high in the western sky.

Place a slice of apple in hardened brown sugar to soften it.
More hints & tips 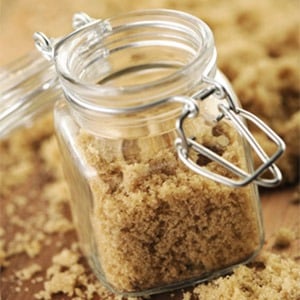