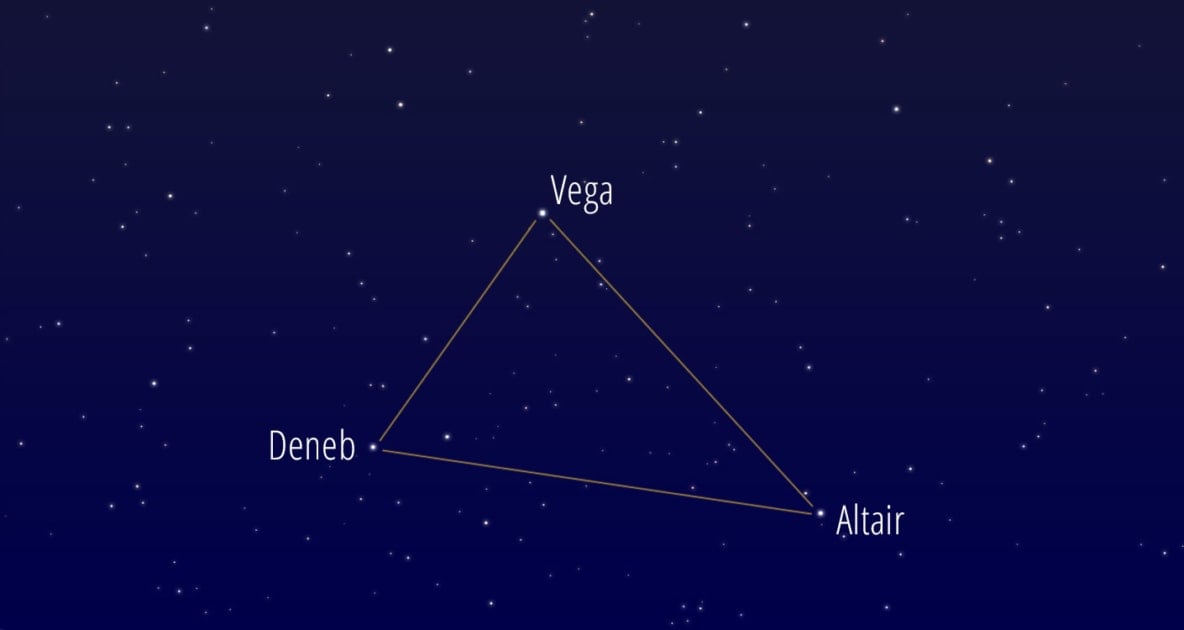 Instead of turning on the TV tonight, why not turn head outside to see if you can spot the “Summer Triangle.”

Joe Rao, Farmers’ Almanac’s contributing astronomer, tells us that those of us living in the Northen Hemisphere can see the famous “Summer Triangle” asterism at some point during the night any time of year. But summer is when it’s at its most prominent. It appears toward the south as soon as it is dark and climbs high overhead by late evening.

The 3 Stars of the Summer Triangle

From our viewpoint, Vega appears twice as bright as Altair and more than three times brighter than Deneb. But sometimes things are not always what they seem. Astronomers know, for instance, that Vega clearly is more luminous compared to Altair, because it’s situated at a greater distance from us. Altair is 17 light-years away, while Vega is 25. The light you see from Vega tonight started on its journey to Earth in 1994.

Vega actually pales in comparison with Deneb, one of the greatest supergiant stars known. Deneb’s distance measures 1,467 light-years from Earth, with a luminosity computed to be more than 80,000 times that of our Sun. But because its light takes nearly 15 centuries to reach us, Deneb merely appears as a fairly conspicuous but by no means particularly notable star.

Check out this NASA picture of the day of the Summer Triangle (mouse over the picture to see it appear).

Check it out. Tonight, when the sky is dark, see if you can spot this triangle.