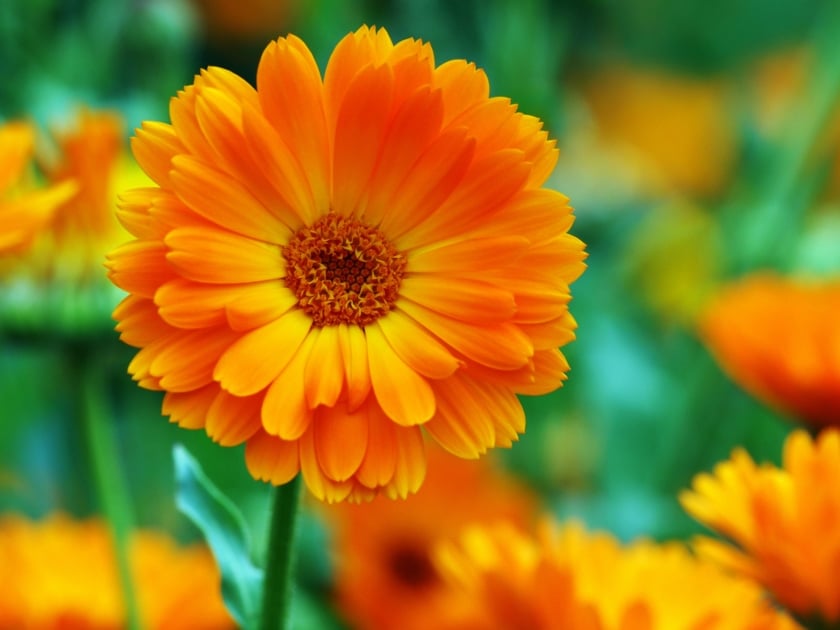 Another aspect of flower lore concerns the designated flowers for each month of the year. The official flower for October is calendula, also known as “pot marigold.”

Calendula is a musky-smelling perennial flower that can grow to be up to about 31” tall. The flowers are generally yellow, orange, or some combination of the two, with a large number of curly-edged petals. Though they can be grown at any time the climate allows, their golden coloring makes them a popular potted plant during the fall.

The name calendula comes from a belief among the ancient Romans that the plant always flowered on the first day of the month, or “calends.” Other popular names include Bride of the Sun, Drunkard, Goldes, Holigolde, Marybud, Marygold, Mary Goweles, Ruddes, Ruddles, Spousa Solis, and Summer’s Bride.

The petals are edible and make a popular addition to salads. They also make an attractive garnish. Due to their bold coloring, they have been historically used to make cosmetics and fabric dyes throughout much of the world.

In the middle ages, calendula was one ingredient in a popular potion that was said to allow the drinker to see faeries. According to flower lore, sending someone calendula means “my thoughts are with you.”

Another Flower Attributed to October Is Cosmos 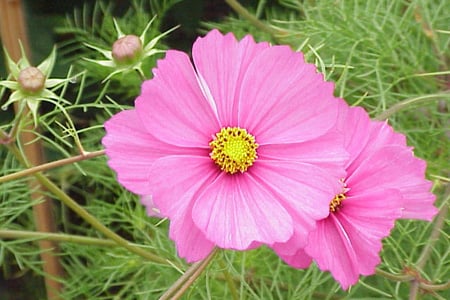 The name cosmos refers to any of about 20 species of herbaceous perennials native to the southern U.S., Mexico, and Central and South America. In good soil, the plants can grow to be nearly 7 feet tall. The flowers themselves have a central disk, usually yellow, with petals surrounding it, similar to members of the daisy family. Colors vary among the many species, from white through pink and light purple to golden yellows and oranges.

The name cosmos comes from the Greek word for harmony. Gardeners will frequently give a gift of cosmos, because they are said to bring good luck. Cosmos are lucky in at least one sense: they repel pests, which makes them a popular companion plant in many gardens.

According to the Victorian language of flowers, cosmos represent modestly. They are also often associated with a couple’s second wedding anniversary.

Always enjoy the articles. Takes me back to my grandparents kitchen table and always seeing the Farmers Almana; hanging ; by a piece of twine on a nail, 0n the kitchen wall in arms reach……

Have a costume swap!

Why overpay for a store bought costume when you can get one for free? Organize other families in your neighborhood and trade last year's costume for something your kids will love.
More hints & tips