Every late December, skywatchers can head outside and watch the annual Ursid meteor shower, which peaks each year around the time of the Winter Solstice, December 21-22. It’s the second of two meteor displays in December, the first being the Geminids, which peaked on the 13th.

What Causes the Ursids?

Created by dust from the tail of the comet Comet 8P/Tuttle, the Ursids are not typically one of the strongest meteor showers commonly observed. These meteor showers generally produce anywhere from 5 to 15 meteors per hour.

There have been a few occasions when the Ursids have surprised observers with a sudden outburst many times their normal hourly rate (over 100 per hour in 1945), but such cases are very few and far between.

If you want to watch the Ursids, find an open space, nice and dark, free of light pollution, with an unobstructed view of the sky. Bundle up, and plan to spend a few hours watching for them, anywhere between midnight and dawn.

This year’s Ursids also coincide with a First Quarter Moon, so it is best to wait until the Moon sets around midnight if you care to watch. The meteors from this shower appear to streak from near the bright star Kochab in the bowl of the Little Dipper, which can be found about halfway up in the northern sky. In contrast to the Geminids, most of these meteors are quite faint and only number about 10 per hour at best. They are, perhaps the most neglected meteor shower of the year, in part due to the cold weather.

I saw a few very early this morning while traveling thru milaca. Mn

Before you trash all of that junk mail, save the envelopes! They can be reused to mail letters, to take notes, and make lists.
More hints & tips 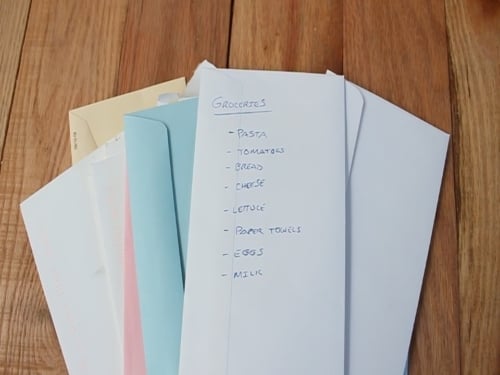