As the old Ben Franklin quote goes, “Only two things are certain in life: death and taxes,” and with Tax Day right around the corner, most of us are thinking about the latter. History has proved that nothing is immune to taxation—it seems almost everything has been taxed at one point or another. So we thought we’d take a look at some of the strangest—and wackiest—taxes imposed on the public throughout history.

In the 18th century, Great Britain needed a sneaky way to collect taxes on the wealthy without looking like they were collecting taxes on the wealthy. So they placed a tax on windows! The logic behind this was that poor people only had one or two windows in their homes while the rich had more lavish homes, sometimes with dozens of windows.

The window tax wasn’t the only time the English tried to find creative ways to tax the wealthy. In 1712, lawmakers implemented a tax on printed wallpaper, which builders immediately circumvented by hanging plain wallpaper, then painting the design on later. Crafty!

In 1784 England, there was also a tax on hats. Hatters promptly stopped using the word “hat,” which led to a tax on anything that could be worn on the head, including wigs.

The British government set a tax in 1795 on the powders that kept wigs looking white and smelling fresh. The result, unsurprisingly, was that wigs quickly went out of style.

Everything’s bigger in Texas, right? Well, if you want to be a cowboy, and wear the big belt buckle with the ornate designs, it will cost you. Because today, in Texas, there is an extra tax on belt buckles. All the other gear—the belt, boots, hat, and all the rest of the gear aren’t subject to extra taxes, but according to Texas law, the buckle itself is considered an accessory, not essential clothing, and therefore subject to an additional 6.25% sales tax.

Tsar Peter I of Russia, famously known as Peter the Great, was a big proponent of social modernization. He ruled between 1682 and 1721, and during that reign, he implemented many standards to help Russians keep up with their European counterparts. One of those standards was the beard tax. In order for a man to keep his beard under this law, he had to pay a tax of 100 rubles. Because of this, the clean-shaven look so common in Europe at the time became the new style in Russia.

7. Another Brick in the Wall?

Sometimes it isn’t the tax that is unusual so much as the way people protest that tax. King George III of Great Britain introduced a tax on bricks in 1784 to help fund the war against the American revolutionaries. What was a bricklayer to do? Use bigger bricks, of course! Since the tax was levied on a per-brick basis, bigger bricks meant fewer taxes paid. Today, brick size can be used to date buildings in Great Britain. Smaller bricks mean the building was built before the 1784 tax (which was repealed in 1850).

Studies have found that methane released from cows may account for up to 18% of Europe’s greenhouse gasses, so several European countries impose a tax on farmers in order to curb the bovine-fueled gas epidemic. Denmark takes the brunt of it — each flatulent cow costs farmers as much as $110.

Smokers are used to paying higher taxes on cigarettes as an incentive to quit, but in 2009, citizens in a Chinese province were faced with the opposite scenario: smoke or pay. At the time, China was in a tough economic crisis and cigarette taxes were providing a steady revenue stream. Officials figured the best way to boost revenue further was to set quotas for cigarette sales. In fact, one village was ordered to purchase 400 cartons of cigarettes a year for its officials.  The goal was to both increase revenue and support China’s local cigarette makers.

No matter where you look—state tax laws around the United States or among the tax laws of other countries—you’ll probably find a few wacky taxes here and there. In most cases, these laws were written to creatively—but fairly—tax citizens. But in some instances, these laws were designed specifically to stop practices that governments viewed as undesirable or to put an end to fads that were deemed antiquated.

Heard of any other wacky taxes? Share in the comments below!

I produce a monthly newsletter for a Heritage Foundation in an agricultural, rural area in Virginia. We include historical articles about the area, related events to present day and assorted articles that would be of general interest to our membership (under 200).

Thank you in advance.

How about the rain tax? Currently proposed in NJ? Or was it CT?

Various actions that usually led to unintended consequences. Why are we still surprised?

I found the belt buckle tax in Texas interesting because the law is still in effect!

Very interesting and entertaining article-thanks! The brick tax is good to know when looking at historic buildings-true history behind that architecture!

Glad you enjoyed it, Dan!

Before you begin the task of vacuuming up those pine needles from your Christmas tree, be sure you start with an empty vacuum bag or canister. Your vacuum will perform better thus making getting up all  the needles easier.
More hints & tips 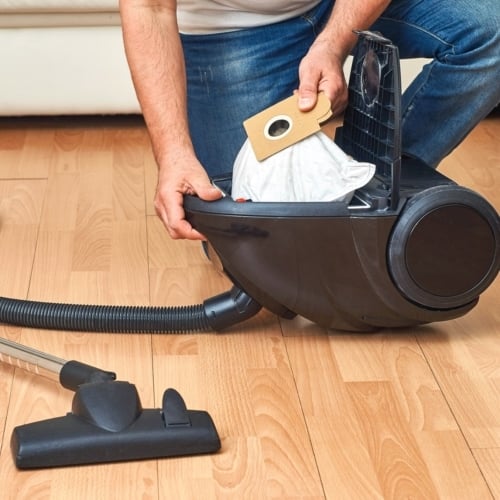