by Natalie LaVolpe Updated: May 9, 2022
EmailFacebook5PinterestTwitter From roof-ripping hurricanes to baseball-sized hail and crazy cloud formations, weather can seem a bit apocalyptic at times. Even the most common sky-brewing wonders can seem like a bit of a mystery. And “bugnadoes” are no exception. Wait, a bugnado? What the heck?

In some areas of the globe, swarms of insects have been known to create funnel clouds, resembling tornadoes. While the term “bugnado” sounds downright terrifying, like something straight out of sci-fi movie, this natural phenomenon is much less menacing than it appears.

Why Do These Storms of Bugs Form?

As if storm chasing weren’t crazy enough, imagine running into a storm of bugs? Described by one storm chaser as “it looked like the sky was smoking, it was so thick with bugs.”

Bugnadoes are simply a swarm of insects in the middle of a mating duel, where the male insect attempts to swoon the female. Most bugnadoes are made up of midges and mayflies, but locusts and grasshoppers have occasionally been known to form these vortices as well. Midges spend their early stages of life as aquatic nymphs, later rising to the water’s surface, where they grow wings and then take flight once matured. They now have one single thing left to do in their short lives: reproduce.

Male midges form swarms called “mating leks,” to attract mates, creating one massive flying pheromone. After all, a swarm of bugs in epic proportions is hard to miss, especially for the female counterparts.

Once a female chooses a partner, they mate in an air-borne craze, and then the male dies. The female returns to the water where she lays her eggs and also dies. These prolific, harmonized masses of insects usually emerge near water, or flooded farm fields, where the larvae develop under the water. This is why you’ll usually see these swarms over water. Until the wind takes them….

The tornado-like appearance of a bugnado is likely caused by a combination of wind and thermal uplift from the warming ground. These conditions, combined with a large enough area to support large populations of insects create these rare funnels of frantic, reproducing swarms.

What is mysterious about the synchronized emergence of mature insects and subsequent swarming is how they can arise simultaneously, creating one mass mating frenzy. Even entomologists are puzzled. According to experts, insects’ bodies are guided by daylight hours and annual temperatures. However, these coordinated gatherings don’t always occur on the same day each year, arriving earlier on warmer years, and later during cooler years. How these tiny bugs take these factors into account to know exactly when to emerge, is a mystery!

Other than being a nuisance, these swarms are generally harmless. Singularly, these tiny insects are almost invisible, but swarming in millions, they become a thick cloud, potentially reducing visibility for drivers. They can also make roadways slippery when the deceased males drop to the ground after mating.

If you’re lucky enough to spot this natural phenomenon, pull your car over, close your mouth, and take a video. You may not catch one again!

Just caught some after a rainstorm here in Central Manitoba

Remove onion and garlic smell from your hands by rubbing them over a stainless steel faucet after washing them with soap and water. The sulfur compounds bind to the steel—efficiently removing the odors from your fingers.
More hints & tips 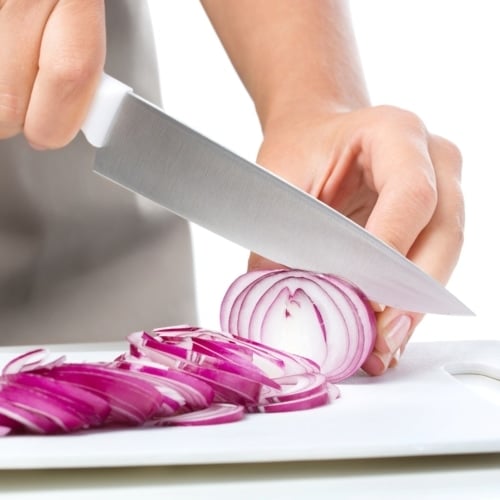