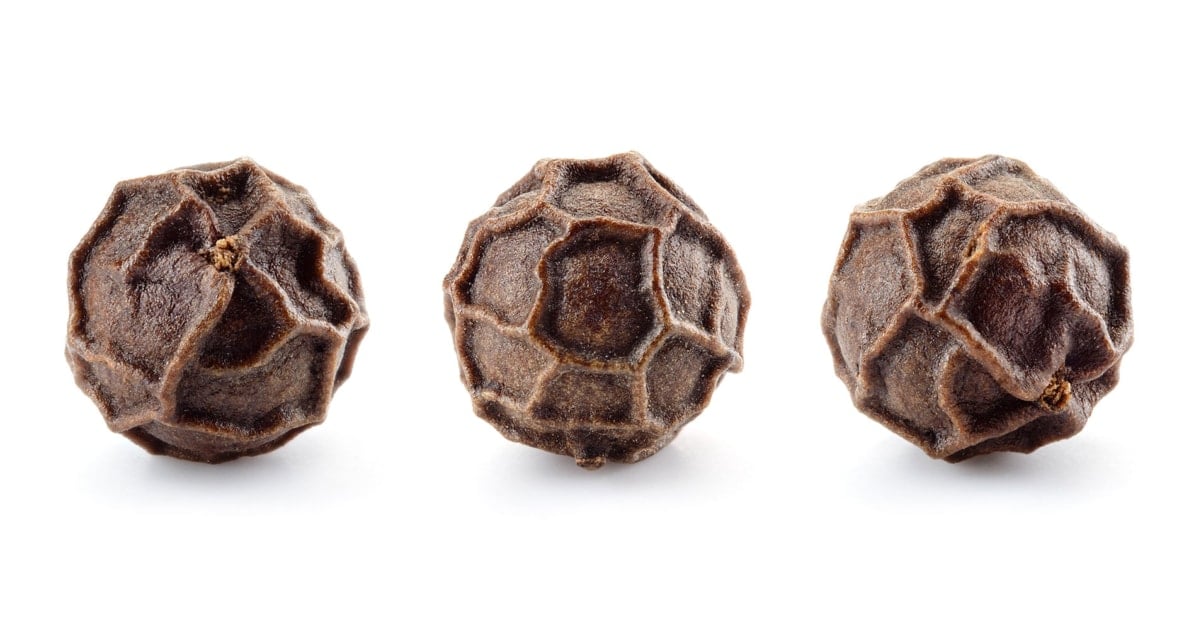 Peppercorns—those fragrant little black BB-sized spheres with rough, wrinkled skin. We’ve all spilled them, cooked with them, and watched in anticipation as our waiters approached our dining tables with a large wooden contraption to ceremoniously grind them on top of our salads and pasta.  We know what they look like and what they taste like, but where do they come from?

Peppercorns are actually a tiny fruit, the drupe (a fruit with a single seed in the middle) of a flowering vine known as piper nigrum, grown in tropical regions, native to the Indian subcontinent and in Southeast Asia. Some of the best peppercorns in the world come from the Malabar Coast in the Indian state of Kerala.

Once a luxury item, only available to the wealthy, peppercorns and the resultant ground pepper, particularly black pepper, is now one of the most common culinary spices. Added, along with salt, to almost every dish we eat.

Colors And Degrees of Ripeness

The color of the various peppercorns you see in the store is a result of either when the tiny fruits are harvested, or else the type of processing they undergo after picking.

Black pepper and black peppercorns start as green peppercorns, which are the unripe fruit of the piper nigrum plant. The fruits grow in long, thin bunches on the vine, clustered somewhat like grapes. These bright green fruits are first cooked and then sun-dried. During the drying process, certain enzymes turn the skin a dark brown, almost black, as well as cause the outer skin of the fruit to contract and wrinkle.

Black peppercorns have been traded across the world since ancient times. They’ve even shown up in the nostrils of the mummy of Rameses II in ancient Egypt, presumably used along with other fragrant spices as part of the mummification process.

White peppercorns are made from the same fruit as the black and the green varieties, but the fruit is allowed to fully ripen, whereupon it turns red. The fruits are soaked to soften the flesh, which is eventually removed, leaving just the whitish seed, which is then dried. White pepper is popular in Thai cuisine and is frequently used in light-colored sauces or dishes where the dark specks of black pepper would be considered unattractive.

Red peppercorns are produced much like green peppercorns, only using the fully ripe fruit, which is treated to preserve the red color. These may also be pickled or dried before use. Sometimes in gourmet markets, you will see a mixture of dried black, red, green, and white peppercorns together in a transparent grinder. This is as much for show as it is for flavor, but it represents all the various stages and possible flavors of the piper nigrum plant. Chefs generally agree that the black pepper’s pungent flavor tends to overpower the more subtle flavors of the green, white, or red peppercorns. You might try keeping the different varieties separate first, and taste them individually before deciding for yourself how you want to blend them in your grinder.

Pink peppercorns are another variety not related to piper nigrum and are the dried berries of a South American shrub, such as Schinus molle and Schinus terebinthifolius, also known by the common name of the Peruvian Pepper Tree. You may also see these colorful peppercorns sold as Brazilian Pepper. These peppercorns are used for a variety of traditional medicinal preparations, as well as in culinary applications.

In addition to the zesty flavor pepper adds to our dishes, did you know there are profound health benefits to consuming black pepper? It’s an antioxidant, and antibacterial. But one of the most important health benefits to humans is that pepper stimulates the release of stomach acid, improving the digestion of proteins. Related to this is pepper’s ability to act as a carminative, which is a fancy way of saying it helps prevent the formation of intestinal gas.

Whichever peppercorns you choose, try toasting them slightly in a dry frying pan to activate some of the volatile compounds in the essential oils. Allow to cool, then grind them. Most whole spices benefit from this practice, which helps intensify their flavors.

A delicious sauce that’s easy to make and adds a touch of elegance to your favorite dish.

Sautee shallots in butter until translucent. Add peppercorns and fry for 30 seconds or so. Add brandy, allow alcohol to cook off, then add beef stock. Bring to a boil and allow to reduce a bit. Then add tapioca starch slurry. Simmer for a minute, then reduce heat and stir in heavy cream.

I can’t believe I didn’t know this. Great article, thank you.

Glad you enjoyed it!

My name is TOAD also. I am a Cornish Rex cat and I really enjoyed my goose and peppercorn sauce
on Christmas day.

Can peppercorns be grown in the lowlands of Clawson in the summer months?

I used pepper corn on my stewing, Pork or beef.. and when I cooked braised beef.” The smell are awesome!! I don’t usually add ground pepper.. the pepper corn can do the job..

I have been cooking with these peppercorns for many years in the Italy. I have had lots of interesting stories some not appropriate for this site. I am truly in love with the peppercorns hence why I am now married to some

Hi Mario, thank you! Now you’ve got us curious…. 🙂

I mix coriander seeds with the pepper corns in my pepper mill. Yum!

Thanks this is very interest can all of the pepper grow in Peru.

Loved this article ! I have always wanted to grow peppercorns and heard it was very difficult. Now I am even more interested in trying. Now to find a source. Thank you !

If you find a source, please message me. FB pic holding a cat. Thanks.

That was MOST interesting. I had no idea that a peppercorn was pepper!!! Thanks for this article.

can these peppercorns be raised in Oklahoma?

Ruthann Hahn: Capers are the unripened flower buds of Capparis spinosa, a prickly, perennial plant which is native to the Mediterranean and some parts of Asia.

Would the green peppercorns placed in a brine be the same as capers?

I love reading about the spice world and have learned to appreciate how they have come to my table. No longer do I wonder why there were ‘spice wars’ in centuries past. Can’t wait to try the peppercorn sauce. Just wish that I could grow a few plants of my own.

That is very interesting! Thank you for the article. I am going to try toasting them to bring out more flavor. My husband uses a lot of pepper on everything, and he has good digestion! LOL!

Can these peppercorns be grown in Tennessee?

To thicken soups, stir in instant potato flakes. Use no more than a teaspoon at a time until it reaches the desired consistency (starch thickens quickly!). Perfect for those who can't tolerate dairy and cream-based soups.
More hints & tips 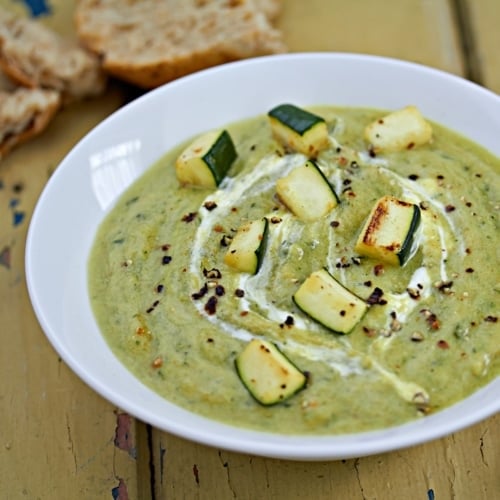