Imagine this: You’re driving along the highway on a cold, blustery day, traveling at a moderate speed. The sky is blue and the road is clear, with a clear line of sight to the cars around you. Suddenly, in an instant, a wall of snow envelops your vehicle, cutting visibility down to just a few feet. You can’t see the car in front of you anymore. You slam on your brakes and the next thing you know, you’re spinning out of control. Sounds pretty scary, doesn’t it?

The above event describes what can happen when you encounter a snow squall. Snow squalls are localized winter weather events that can happen (depending on where you live) without notice. But they don’t have to take you by surprise. What exactly is a snow squall and how can you stay safe if you find yourself driving in one?

What Is A Snow Squall?

A snow squall is defined as a brief intense snow shower with gusty winds that does not qualify as a blizzard due to its short duration.

But don’t let the word “brief” fool you—snow squalls can strike with such intensity that they can make driving conditions dangerous within split seconds. Different from a snow shower, squalls are feisty storms. Even if they only last a few minutes, snow squalls can dump a significant amount of snow in a short period, and those intense gusty winds can reach 50 mph. So think of them like a blizzard that only lasts about 30 minutes or less. They’re to be taken seriously. So much so that the National Weather Alert system has included snow squall warnings for your area.

Often the words “whiteout conditions” are used when describing snow squalls. The intensity of the snow coming down combined with high winds means not only is your visibility behind the wheel is greatly reduced, but whiteouts skew your perception of where the horizon is, causing disorientation. Combine that with snow blowing across the roadways, creating slick conditions, it can be a recipe for disaster.  At the beginning of 2014, a snow squall was blamed for a 100-car pileup on Highway 400, just north of Toronto.

5 Tips For Safe Driving Driving In A Snow Squall

So what can you do if you find yourself in the middle of a snow squall while on the road?

Observe your surroundings: Sometimes you can see a snow squall coming. If you see one advancing toward you while you’re driving, try to pull off the road somewhere safe. Snow squalls arrive quickly, but they also tend to pass just as fast.

Wait It Out. Since they are fast-moving, it’s best to pull safely over to the side of the road, if possible, and wait it out.

Reduce speed: We hear it all the time from police but reducing your speed is your best defense in reduced visibility. You have to drive to match the conditions. Slow down!

Don’t slam on the brakes. Your instinct may be to slam on the brakes when a whiteout hits, but this increases your chances of getting rear-ended or sliding off icy roadways. Instead, slow down and keep a distance from the car in front of you.

Headlights on! In a whiteout, make sure your headlights are on, and if you need to, turn on your emergency hazards (“flashers”), to alert other drivers that caution is needed, plus, this gives them a better chance of seeing you.

It’s important that every driver has an emergency kit in the vehicle containing such items as drinking water, food, a blanket, a first-aid kit, and a flashlight. Read our list of must-have items for winter driving here.

Being prepared is your best defense against any weather event.

Planning ahead, I will have to be traveling to one of the worst areas for snow in western NY on a day they are calling for snow squalls (it’s still only a possibility right now but I want to have as many Plan Bs as I can, LOL). I have a few choices for routes. One I know will be bad so I’m avoiding it (right next to the lake, driving along the shoreline). One of the other choices would have me traveling almost in a perpendicular direction to the lake and I’m wondering if it would be safer than one that runs more parallel to it (but further inland). Is it easier to see in a snow squall if the winds are coming toward you and not across the front of your car, from side to side? Thanks ~

I’m going to answer that question for you, ms Crane. If you’re ever in a white out/snow squall where visibility is very low, your best bet is to gradually slow down while pulling off to the side of the road. The slower your vehicle goes, the easier it will be able to see the lines on the sides of the road and guard rails. Use your hazard flashers and low beams so vehicles in front and behind can see your vehicle to avoid hitting you. Listen to the road noise the tires make as you pull off to the side and onto the shoulder, it should change and become a little noisier. When you finally find the shoulder of the road, you can safely come to a stop, dont stop in the middle of any road, especially a highway; if you cant see them, chances are the other drivers can’t see You. Wait until the snow lightens up and you can see before continuing on your journey. Good luck and stay safe.

This is great but I have one ongoing question. It is a good idea to keep water in our autos but it will inevitably freeze in cold weather if the water is kept in the car as part of an emergency pack stored in the trunk or back seat. Unless one brings fresh water each time one travels, keeping it in the car will cause it to freeze unless the car has been running and heater is on which could then take awhile to thaw out if caught in a storm for any length of time with the vehicle continually running. Any thoughts or ideas? Thanks!!

I am limited by my phone battery and would like to print some of your more useful articles i.e.;”Snow Squall Safety”. Can you include a print option?

I was Definatly in a snow squall driving a mini van with my M.R. ,Autistic guys to their home from program. This was the first and I hope the only one I will ever drive in again. I live on Long Island N.Y. When this happened I was out east. I did all U said to do except the flashers. My problem was I could not see where to go for safety for my guys. ( it all turned out well) but I did not know where to pull over, was I still on the road ? Or going to far into the woods or a ditch.Yes there were others spinning out and minor accidents. I just came to a stop and hoped for the best. How do you know how far to pull over ? When I got back to the group home safe with my guys I actually thought it was a blizzard,and couldn’t understand why this snow storm Wasn’t a blizzard ? I no now ..thank You. I would appreciate to know how far to pull over? Is there so e way to tell? I was lucky I was in so called daylight. But what to do when it is pitch dark. I hope you can give a answer that will help drivers all over who have no choice, they must drive. Thank You. 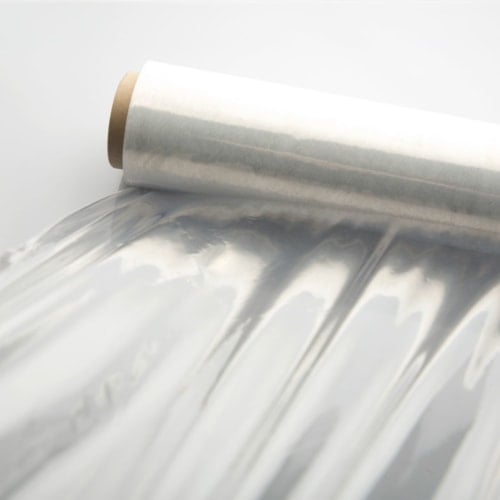