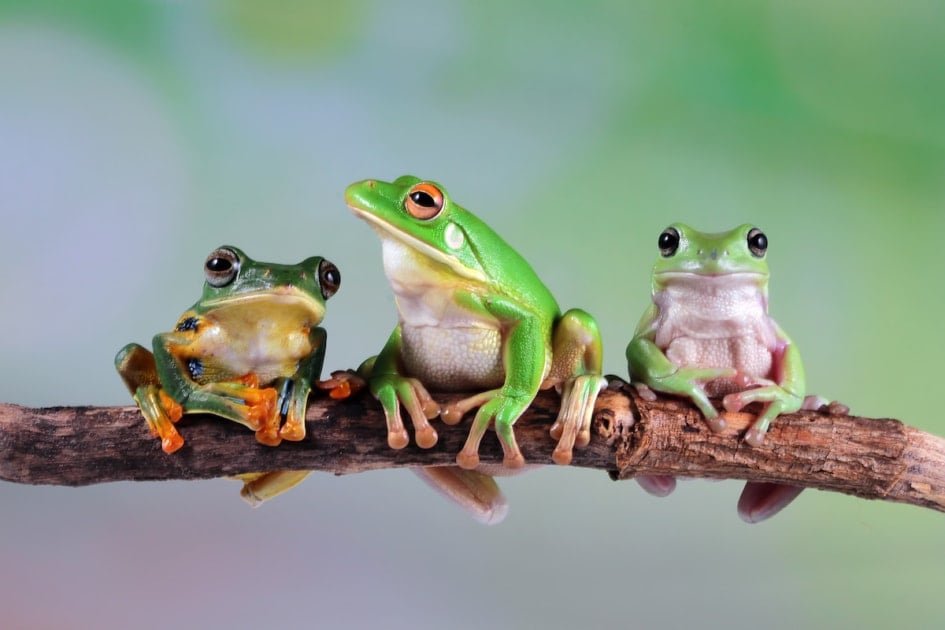 Unless one jumps in front of you, or you have ranidaphobia (fear of frogs and toads), you probably don’t give frogs much thought. Or maybe you make note of them in springtime when the peepers emerge from their frozen slumber and sing in their loud chorus. But how much do you really know about these amazing amphibians? These 15 frog facts will give you a new appreciation for them!

What’s The Difference Between Frogs and toads?

Ever wonder? Both belong to the Anura order but in different families. Frogs are generally aquatic, while toads live on land, near water. Frogs have smooth, wet skin. Toads have bumpy, dry skin. Frogs have teeth, but toads do not.

Ever wonder why frogs are drawn to the wet road after it rains? If you’ve ever been driving on a hot summer night after a heavy rain, you might catch them hopping right in front of your car. Why do they do this?

Frogs are drawn to the moist warmth of the pavement after it rains. During the daytime, the hot sun can be too drying for them, so the moist road is alluring.

Love the information and the pictures, thanks. J

DO FROGS PREFER CLEAN WATER OR DIRTY WATER IN A POND?

lol this is the worst thing ive seen