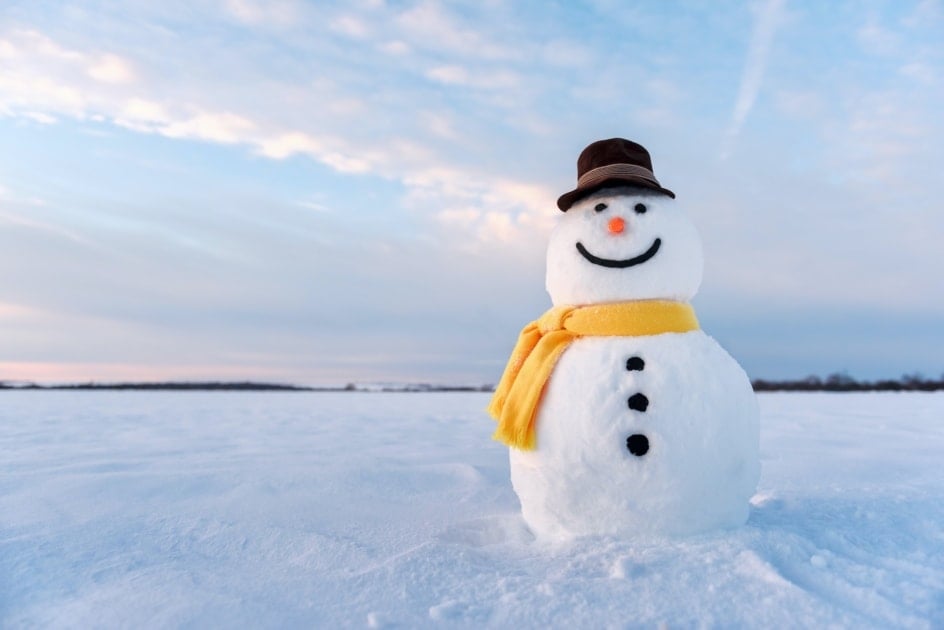 If you’re a snow lover, you probably get excited when you hear a big storm is in the forecast. Whether you appreciate the quiet that snowfall brings, enjoy winter sports, or simply love to play in it, we can all agree that there’s something special about piles of the white fluffy stuff. Especially exciting is building a snowman — an inexpensive and fun activity for the whole family. But did you ever stop and wonder, who built the first snowman? How and where did they originate?

So who made the first snowman?

Snowman-making is one of man’s oldest forms of folk art. The first postcards, the first magazines, the first silent movies—it’s the snowman you find appearing during key historical moments, like a frozen Forrest Gump. We hold very few of our daily activities in common with our ancestors, but making snowmen is one of the last remaining. It’s worth noting that for most children, making a snowman is the first and probably the last time they will create a life-size human figure.

It’s impossible to decisively identify the very first snowman, but some archaeologists believe it’s plausible that prehistoric peoples also used snow to depict themselves. Cavemen made art with all materials available, whether it was mud, wood, sticks, or we can only speculate that a piece of coal may have at one time been the eye of a prehistoric snowman.

The first recorded snowman in the U.S. comes from one of the bloodiest events in early American history. The Massacre of 1690 ended with the deaths of 60 villagers (including 10 women and 12 children), when Native Americans and Frenchmen attacked Fort Schenectady. Traveling over a week in knee-deep slushy snow down the Mohawk Valley, the attackers came within sight of the town on February 8th. The trip was so strenuous that the attackers were ready to surrender if there was any resistance. By the time they reached the village, it was almost midnight and a blizzard had kicked in. The north gate was surprisingly open, and this convinced the war party to act. According to oral history and tradition, the two guards had left their post to enjoy drinks at the pub and they had left two snowmen to guard the gates that were frozen open.

The world’s biggest snowman was actually a snow woman made in Bethel, Maine, in 2008. Called “Olympia” (after Maine Senator Olympia Snowe), the 13-million-pound snow beauty towered 122 feet and could be seen from 4 miles away. Thus the snowwoman’s creators broke their own Guinness Book of World Records record of 113 feet back in 1999. Olympia is only about 30 feet shorter than the Statue of Liberty (minus the statue’s base). In order to construct Olympia, it took 60 volunteers, ranging in age from kindergarteners to senior citizens, as well as the cooperation of the whole town.

There is no real skill or age requirements for building a snowman, and no right or wrong way. But one thing that is necessary is snow!

What type of snow is best for making a snowman? Find out here.

I did not know any of these things

Being from Mobile, Alabama and now living in a Georgia county that borders Florida I’ve only built a couple of snowdwarfs in my 63 years.

Raw onions are delicious on burgers and sandwiches but they can really create strong odors in the house and on your breath. To lessen the pungency of raw onions, try this easy trick: soak the slices (or chopped pieces) in ice water for 10 minutes, then drain. You'll still get the great onion flavor but the strong sulphur compounds will be neutralized.
More hints & tips 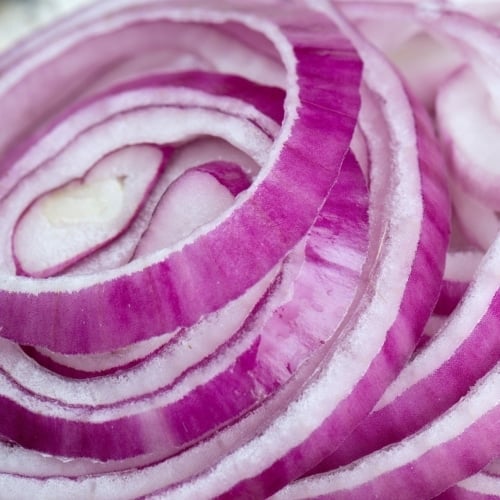