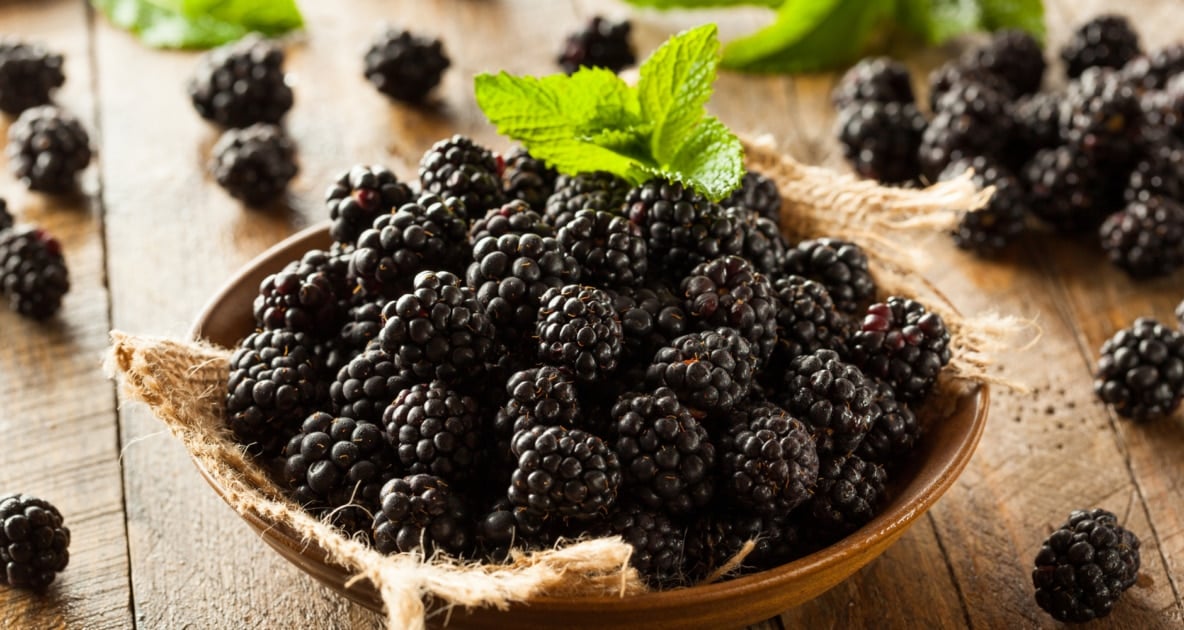 One of summer’s greatest traditions is the wild berry harvest. No matter where you live in the United States, there’s a plethora of wild berries just waiting for you to pick them.

Each region has its own set of berries – salmonberries in the Pacific Northwest, for example, but there are three types of berries that almost everyone in the United States can harvest wild. Those include blackberries, raspberries and elderberries. If you’d like to pick your own, read on to find out what you need to know about these three berries and their lookalikes!

Blackberries and Their Lookalikes

Blackberries and their lookalikes, dewberries, are two of the most commonly harvested wild berries, and with good reason. These fruits are wonderful for anything from pies, cobblers, to jam and preserves. You’ll find blackberries along the edges of wooded areas, and sometimes out in the open, although frequently mowed fields are unlikely to have mature plants.

Blackberries are also popular because, even though they have many lookalikes, none of those lookalikes are dangerous. In different parts of the United States, you may run into olallieberry, marionberry, boysenberry, loganberry, and dewberry. Most of these berries are native to the Pacific Northwest, with the exception of dewberries, which grow throughout the eastern half of the United States.

To tell the difference between dewberries and blackberries, first look at the structure of the shrub. Blackberries produce tall canes, while dewberries are a trailing bramble that rarely exceeds two feet in height. The berries on a dewberry bush are also a little larger than blackberries.

Raspberries and Their Lookalikes

Elderberries and Their Lookalikes

Elderberries (Sambucus nigra) are another native species that grow throughout the United States. They are commonly used to make a syrup to help treat colds and flu, but some pickers avoid them because there are a couple of dangerous lookalikes. However, if you know what to look for, it’s very easy to safely harvest the elderberries you need (but they can’t be eaten raw).

When harvesting elderberries, always look for large, flat clusters of dark blue or purple berries. If you spot berries that look similar to a long cluster of grapes, you may be looking at pokeberries, which are mildly toxic.

Water hemlock berries look very similar to elderberries, and they’re highly toxic. Fortunately, you can check the stems of these two plants to tell the difference between them. Elderberries are a woody shrub while water hemlock is herbaceous. In other words, if the stems aren’t covered in bark, don’t pick the berries! Water hemlock always has green or green and purple stems.

Here are some images that highlight a few more differences:

It’s important to note that elderberries need to be cooked before eating. Raw berries, bark, and leaves of the plant are also known to be poisonous and cause stomach problems. The flowers can be eaten raw and can be fried into fritters in this delicious recipe.

There are few better ways to spend bright summer mornings than harvesting wild berries. Just make sure that you know what you’re picking so that you can enjoy the harvest to its fullest!

I live in Knox TN and I have some wild berries growing in my backyard. They range from white, red, to ripened black, very plump and long, perhaps 2ft in height, with tiny thorns. Does this sound like Dewberries? I’m pregnant and would love to feast on these but want to make sure they are safe. Is there a way to send a photo?

Thanks Rose! Glad you found it useful. Hope you check out a few more article on our web site.

Crazy i been making my mom hemlock tea for a decade now no wander she looks so old.

The berries I’ve found are not raspberries, blackberries, nor their lookalikes. They are smooth, dark (purple/black) and perfectly round. They grow on a lush, green plant, which I mistook today for bindweed. Can I submit a photo? I live in dry, eastern Colorado where berries in the wild, here on the plains are uncommon. They were growing on the north side of a large equipment shed which within the past couple years had imported soil.

You might have huckleberry or a poisonous look-alike. Do a Google search for ‘poisonous huckleberry look alike’ for help identifying the bush (that is the search that led me to this article actually).

Thanks for the post. Heaps of great information. A tasty superfood.

there is a red elderberry that is native in alaska. It is sometime said to be poisonous if eaten raw but the joke is that you can’t keep them down long enough to be poisoned. (emetic)

Show us the SASKATOON Berry used by natives to make pemmican….tnx.

I thought that Elderberries were poisonous if they were still white–unripe. This was not mentioned in the article.

What about bilberries we have them in upper Peninsula Michigan

What about bilberries We have them In upper Michigan

Choke-cherries make a wonderful jelly, just a hint of cherry flavor. Just simmer about a gallon of berries in about a gallon of water and do not boil hard and when you strain through a cheesecloth make sure you don’t squeeze, otherwise your jelly will be cloudy. But don’t tell people they are eating chokecherry jelly tell them it is wild cherry jelly otherwise they will turn up their noses and say silly things like you are trying to poison them.

Thanks Wendy! What a name – choke cherries – but we may give this jelly a try!

There is another berry that resembles elderberry. It comes from a plant that has a flat broad flower head just like elderberry. It is the devils walking stick plant. It is not as bushy as elderberry and has a woody and spiny (very sharp spines) along its bark. This is a poisonous look alike. Beware – the list here is no where near complete!

I was a bit disappointed to not see huckleberries mentioned. I know of 3 different huckleberries here in British Columbia, and understand that there are 5-6 more varieties of huckleberries (not blueberries).
Maybe something for another article some other time.
thanks
jt

Have Dad take the kids fishing! It's an enjoyable outing and gives Mom a little alone time. Be sure to check out the Farmers' Almanac fishing calendar for the Best Day to fish!
More hints & tips 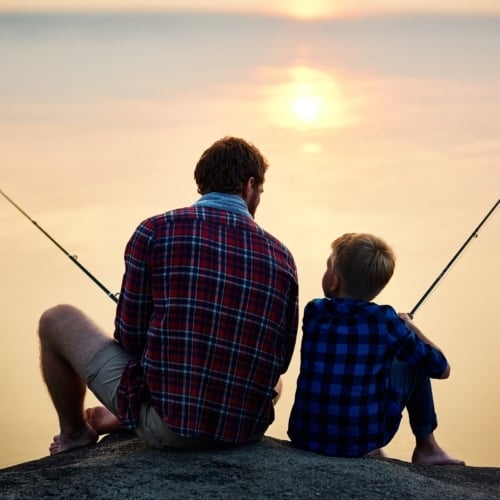