October’s birthstone is the opal. This rainbow-colored jewel holds many secrets. No one knows how it is scientifically formed. Over time, it has had curious connections with luck and magic. The Aztecs believed it brought necessary destruction for new creation. Read on to discover opal’s rich folklore and history!

How It Is Formed

Scientists are still not certain how an opal stones formed. The most popular theory suggests they are created when water flows over the earth and picks up silica from the sandstone. As this silica rich water flows, it leaves behind a deposit for silica. Over time, with changes in acidity and evaporation, the deposit turns into an opal.

There are other scientists who believe the creation of opals are from silica-rich groundwater being pushed up through the Earth’s surface. This theory is called the Syntectonic Model.

The third possibility is the Microbe Model,which is credited to Dr. Hans-Jurgen Behr, a German scientist. He believes opal stones are formed by a combination of bacteria, enzymes, and acids from the soil. Under a microscope, scientists have found fossils in these stones, which supports this theory.

“Lump” (Rather Than Crystal) Formation

Opal stones are different than most gemstones. First, they contain 3 to 21% water. Another difference comes from the structure as they do not have a crystalline formation (like most other gemstones do). They have more of a “ball” or “lump” formation of silica. These lumps are why opal stones have such varying color. They refract light giving the gem different colors depending on how the lumps are placed.

There’s a lot of folklore around this mysterious gem. In Australia (where up to 90% of the opals are created), the Aborigines said the Creator came to earth on a rainbow, and wherever the Creator walked, the ground turned into these rainbow colored gems.

Another story describes two tribes who were at war for so long they ran out of weapons and started hurling stones at each other. A stone was thrown so hard it got stuck in the sky. It started expanding until it burst and revealed an array of colors.

In Arabic legends, opal stones fell from the sky in bolts of lightning. Lightning Ridge in Australia is one of the places where these rainbow colored gems are found.

Greek mythology has them created from the tears of a joyful Zeus after defeating the Titans in battle. They also believed this gem brought prophecy to the wearer as well as protection from ailments.

Aztecs called the fire opal the “Stone of the Bird of Paradise” after the feathered-serpent god Quetzelcoatl. They believed this stone would bring necessary destruction (to give space for new creation to take place).

In the Middle Ages, people believed opal stones brought luck. The colors within were thought to carry the powers of related gemstones (green was emerald, for instance). So wearing one was the equivalent of wearing many stones.

It was said the inner fire of this mysterious stone attracts abundance. Black opal was thought to assist magicians. It was believed to store and release power to assist in magic.

In ancient times, these mysterious gems were believed to be beneficial for eyes and could cure eye ailments. It was believed that carrying one wrapped in a bay leaf would keep others from seeing you, making it popular for thieves and earning it the name patronus furum or patron of thieves.

For some opals are associated with bad luck? But how? Some say it’s from a story written in 1829 called “Anne of Geierstein” by Sir Walter Scott. This story was about a woman named Anne who wore a magical opal able to change colors based on her mood.

The stone’s ability to change color was lost when a few drops of holy water put out the opal’s magic fire. Within two hours of the opal being touched by holy water, all that was left of Anne was a handful of gray ashes.

Some wonder if this story was created due to a rumor from the Black Plague in Europe during the 14th Century. It is believed that there was a patient in the hospital who was wearing an opal of brilliant color, but on the day the patient died, it lost all of its color.

Others say the bad luck is due to the fragile nature of opals. Many gem cutters refuse to work on opal because it is such a fragile gem. In the gem world if you break it, you buy it.

Here is another historical story linked to the opal. Spain’s King Alfonso XII (1857-1885) gave his new wife an opal ring sent to him from a past love interest. A few months later his wife died. He then gave it to his grandmother, Queen Christina, she died a few months later.

The ring then found itself on the finger of Alfonso’s sister who passed away a few days after receiving it. He next gifted this fatal opal to his sister-in-law. She also died in three months. After her death, he placed the ring on his little finger. He was dead within 24 hours. (It is worth noting his cause of death was either tuberculosis or dysentery depending on the source.)

Another superstition states that it’s bad luck to wear an opal if it’s not your birthstone! But to make this superstition a bit more confusing, Opal is also said to be the birthstone for those born during the 6 pm hour on any day of the year!

Some believe the name for this jewel was derived from the Roman word opalus meaning “precious gem” or the Greek word opallios meaning “opal.” Others believe the Sanskrit word upala meaning “jewel” is the true beginning of the opal name.

The Aurora Australis is one of the most infamous opals in history. It was found on Lightning Ridge in 1938 and is estimated to be worth $1 million in Australian dollars. This rare gem has a harlequin pattern in blue green and red and holds 180 carats. “Aurora Australias” is another name for the Southern Lights (the Southern Hemisphere’s version of the Aurora Borealis or Northern Lights.)

One of the largest found to date is named the Olympic Australis. This gem weighs 55.3 grams and is 16 inches long, 7 inches wide and 4 inches thick. It is valued at an estimated 5-10 million dollars.

The Black Prince was discovered in 1915 and was one of the first black opals mined in Australia at Lightning Ridge. It is only 60 carats. However, due to the color and historical value, it is one of the priciest opals. In 2012, it sold for $134,500 at a Bonham’s Auction.

In 1912, the National Association of Jewelers replaced opal with pink tourmaline as the birthstone for October. Pink tourmaline is a heart centered stone that symbolizes friendship, compassion and balance. The Egyptians believed tourmaline came in so many colors because it traveled down a rainbow from the sun to earth. This is a great option to celebrate the month of October.

Another option comes to us from the zodiac sign Scorpio. Rose quartz is said to be one of the powerful stones for love. It is not only great for loving others but is also said to help us love and forgive ourselves. Most rose quartz on the market today has been dyed to enhance the color.

Rose Quartz is an alternate birthstone for October. It is believed to open the heart, bring peace, and attract love.

This is a great stone for everyone but especially for those who need to release hurt feelings from past relationships.

Were you born in October? Do you have a piece of jewelry that symbolizes the month? (If not, consider the alternative stone, rose quartz, mentioned above.)

Do you believe any of the superstitions mentioned above?

What fact or piece of folklore interests you the most?

Let us know in the comments below. We’re looking forward to hearing from you! 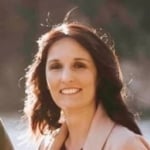 How can you tell if the Opal is genuine?
Thanks

We always recommend taking them to a qualified jeweler that has experience with gemstone identification. Opals are a tricky one to determine by yourself as synthetics are very well done. If you have one, we’d love to see it!

I have many opal jewelry items. I also have to succomb to rose zircon/ quartz because opals are too soft for some pieces. Love my October birthstone!!

Hi Wendy, Thanks for sharing. Glad to hear you love October’s alternative birthstones too! 🧡

I have opal ring

Hi Mary! Great, we would love to see a picture of it. Post one here! 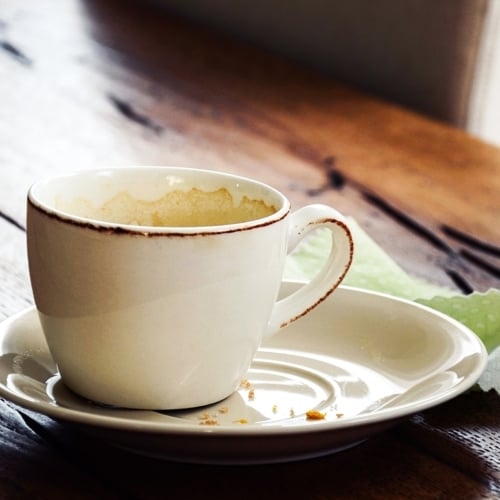