The Orionid Meteor Shower, the second meteor shower of October, which peaks during the overnight hours of October 21-22 each year. They are called Orionids because the meteors seem to emerge or radiate from the constellation Orion, near the Orion-Gemini border in Orion’s upraised club.

What Are the Orionids?

The Orionids are an annual meteor shower caused by debris from the most famous of all comets, Halley’s Comet. The comet last visited Earth in 1986 and will return next in 2061. Each time that famous comet passed around the Sun, it would leave in its wake a trail of cosmic dust and grit along its orbit. Our Earth passes closest to Halley’s orbit every mid-to-late October, and in the process, encounters this comet debris. The particles ram into our atmosphere at speeds in excess of 40 miles per second, and thanks to friction, they are raised to white heat in the span of a heartbeat, creating the effect of a “shooting star” in our sky.

When To View The Orionids

The Orionids shower will be visible from October 16th-24th, with the highest period of activity on the 21st. The meteors can be seen with the naked eye. The best time to observe any meteor shower is during the early morning hours, from 4 to 5 a.m. local daylight time, with the numbers of meteors increasing until morning twilight interferes. Generally, observers can expect to see anywhere from 10 to more than 30 meteors per hour. A few Orionids may appear as early as the start of October and as late as November 7th.

An observer who plots these meteors on a star chart will notice that they seem to radiate or spray outward from northeastern Orion, between Betelgeuse and Gamma (γ) Geminorum, also known as Alhena; this region of the sky will be about two-thirds up from the southern horizon when morning twilight begins.

Sadly, 2021 will be a poor year to watch the Orionid meteor shower, expected to peak on the morning of October 21st. This comes just one day after the Full Hunter’s Moon that will light up the sky all night and obscure all but the brightest Orionid meteors.

Under more favorable conditions past displays have yielded 10 to 20 meteors per hour under similar conditions, especially during the wee hours before dawn when the constellation Orion the Hunter is positioned high in the south-southeast sky.

These meteors tend to have dusty trains, and a few Orionids may be seen up to a week before and after maximum. Like the May Eta Aquarids, the Orionids share a seeming relationship with the orbit of Halley’s Comet. The swift streaks that we see from both of these displays are probably caused by tiny pieces of debris that have broken off the nucleus of this famous comet and have been left behind along its orbit.

Do All Comets Produce Meteor Showers?

All comets shed dust in their wake. Some comets are dustier than others. However, for a comet to produce a meteor shower, its orbit must cross/intersect our orbit in order for us to encounter/interact with that dusty debris to produce meteors. In 2020, Comet SWAN did not cross Earth’s orbit, so it did not produce meteors.

We intersect the orbit of Halley’s Comet twice. Once in early May (creating the Eta Aquarids) and again in late October (creating the Orionids).

Encke’s Comet, which takes only 3.3 years to circle the Sun, has probably been shedding debris for many hundreds or thousands of years and its associated shower (the Taurids) takes Earth many weeks to go through.

See the list of all meteor showers for the year here.

LOL so many people asking what time can they see this. Does anybody read?

LOOK UP IN THE SKIES, IN THE (ORION ) LOOK FOR STARS IN A ROW, THE ODD STAR ORANGE IN THE RIGEL THE HUNTER/ THE HUNTERI THE (ORION.) YOU WILL SEE – METEOR SHOWERS- BRIGHT STARS INTER- EARTH -LINING ON FIRE..

Disappointed did not see anything last night and I watch for hours from midnight till about 5am. Will it be better tinkghtf

Do people not read???????
“The best time to observe any meteor shower is during the early morning hours, between midnight and 5:00 a.m., regardless of your time zone”

So happy ?just saw this post. Will we see this in Tujunga, CA

Henry Molina…I live in Tempe AZ… With the cloud cover and possible rain, I don’t think you are going to see anything …so, so sorry.

I live in Arizona whats a good area in the sky for them.

Will we be able to see it in Hillsboro Oregon and what time is the best time to see it?

I live in the Northwest Arkansas area, and was wondering what would be the best time for us to try to catch the meteor showers?
Thank you for your time!

I live in the Northwest Arkansas area, when would be the best time to see the meteor showers?
Thank you for your time!

My husband & I will b watching tinite. Thanks for the info. Wish we were at my mom’s place on the lake to get a better show but will enjoy it in our new home anyway

I cant wait for this to take place this is going to be EPIC!
I am going to watch this out on the dessert where there isn’t any other light exposure anywhere. Thank you so much for sharing this information.I CANT WAIT

Is this anywhere in North America?

Thank you for the info. Love watching the moons, stars and anything astrological.

Saw two large contrails in the SE sky today (I am in Baltimore). I wonder if those had to do with this?

I live in Pasadena tx; from what point will the comets come out of— South, East, North, West ????

My daughter was named after halleys commet

Hope you don’t have to work that day

Joe, are you saying that those with Android phones can get good pictures?

This sounds like something Android fans can enjoy. iPhone users sit aside

A meteor shower for my b birthday!! Yay 🙂

Keep up the good work!

Thank you, Dr. Warner! We appreciate the feedback!

When dining out, simply request “no straw” with your beverage to help reduce trash. Most of us don't use a drinking straw with our glass of water at home, so why use one when out? Over 500 million plastic straws are used and discarded every day in the United States alone -- that’s 175 billion a year going to landfills and littering our oceans. Go a step further and ask your favorite establishment to only provide a straw when requested by a customer.
More hints & tips 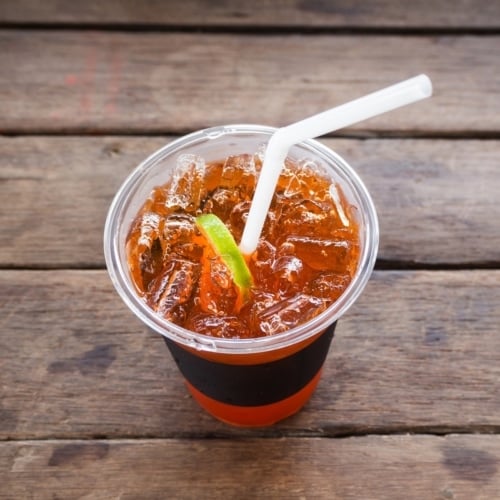