by Beth Herman Updated: May 25, 2022
EmailFacebook7PinterestTwitter 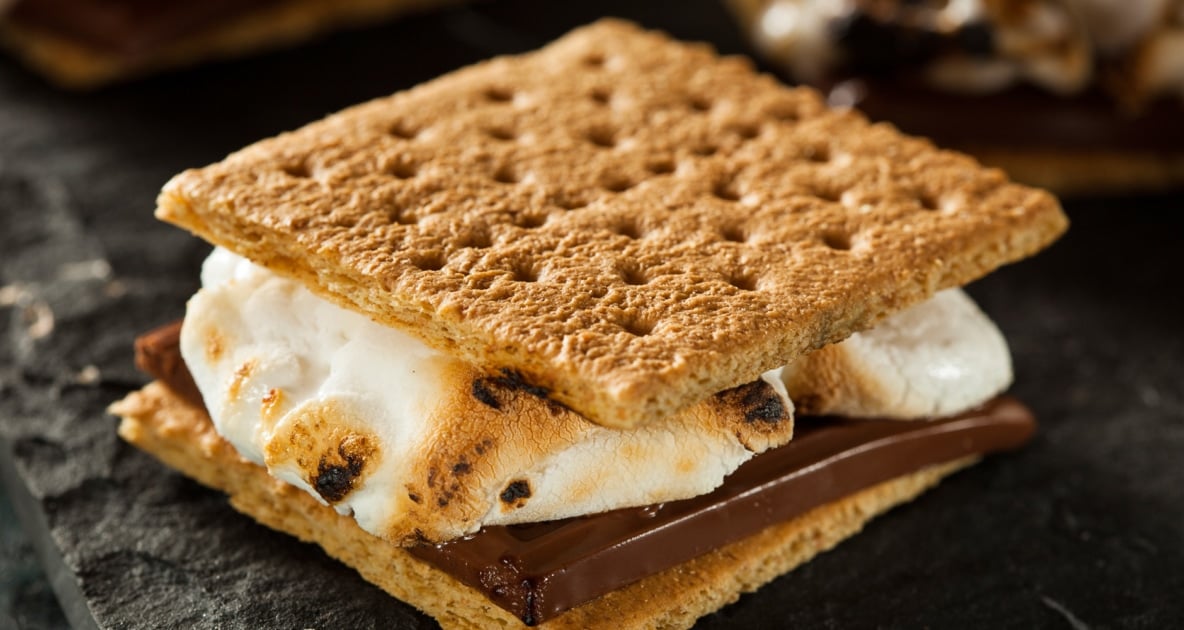 We’ll all be celebrating National S’mores Day on August 10, but there’s no reason to wait until then to enjoy the history and some recipes for these summer treats! Top crisp, sweet graham crackers with gooey marshmallows and smooth chocolate, then make a beeline for the campfire. Want s’more? Read on!

The Origin of S’mores

While they started out with the basics, the first official recipe was found in a 1927 publication, Tramping and Trailing with the Girl Scouts. Research reveals, however, that the less-than-obvious confection combination (or all-out concoction, depending on the way you view them!) actually rounded the popular curve even a couple of years earlier.

In 1913, the still-coveted Mallomar cookie hit the market (remember the scene at the end of When Harry Met Sally when Billy Crystal pretty much inhaled them on New Year’s Eve?). Made of a graham cracker base, marshmallow filling, and covered with chocolate, and followed by similarly-made Moon Pies in 1917, these products lead some to posit the s’mores that followed were a homemade attempt to replicate them.

Famous for decades for their mouthwatering meltability at campfires and on backyard grills, attempted by card-carrying s’mores supporters in the microwave, and even recreated by candy companies like Hershey’s in the self-contained Hershey’s S’mores bar, and in toaster pastries like Pop-Tarts, unlike more trendy snacks and desserts, s’mores don’t appear to be disappearing anytime soon–except maybe from your plate.

But who says s’mores have to be created only with traditional ingredients? Using ginger snaps in place of graham crackers, adding peanut butter, or substituting white chocolate or butterscotch chips for chocolate squares, or even sliding slices of banana, strawberries, pears, or apples between the grahams and other ingredients before cooking can make your s’mores deliciously different.

While classic s’mores will likely never go out of style and are great for purists, these kicked-up variations on the theme (s’mores for breakfast? See below) may challenge even the most dyed-in-the-wool s’moresians (take me to your campfire)! 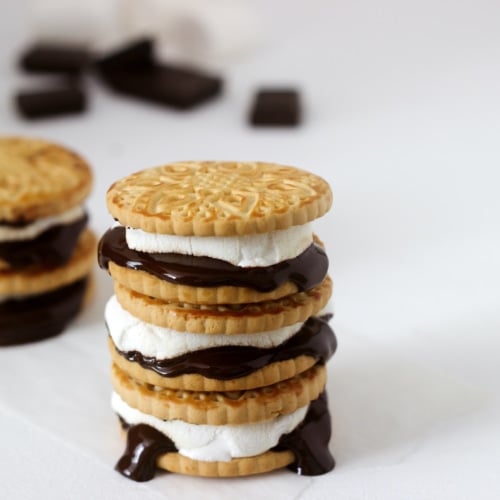 No campfire? No problem! Enjoy this favorite campfire treat using your stovetop! 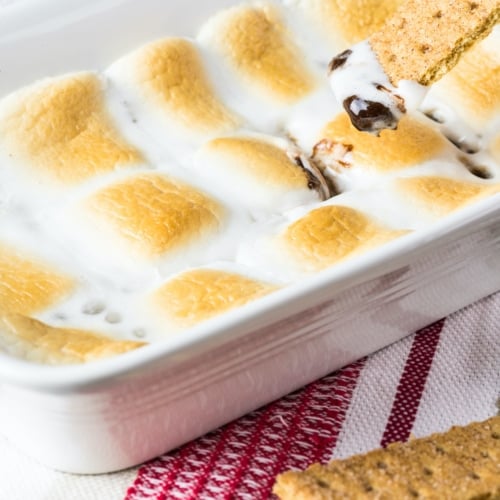 I would love to make smores but I just don’t care for graham crackers. Is there a good substitute?

For easy tomato peeling, place whole tomatoes in the freezer for a few hours. After they thaw, you can easily remove the skin.
More hints & tips