If you’re dreaming of a white Christmas, watch the weather on December 13, the Feast of St. Lucia, or Lucy, of Syracuse, Sicily. According to traditional lore, sunny weather on this day foretells snow on Christmas:

Who Was St. Lucy? A Dark Tale

St. Lucy is the patron saint of the blind, those with eye afflictions or throat infections, and of her native city, Syracuse. She was a virgin and a martyr, and her story is particularly sad.

Born to a wealthy Roman father and Greek mother during the Third Century A.D., Lucy converted to Christianity as a young woman and became determined to spend the rest of her life in service to God. Unfortunately, she had already been betrothed to a man she did not wish to marry. She tried to dissuade her would-be husband from marrying her by giving her dowry as an alms offering to the poor. When that didn’t work, she simply refused to marry him.

Some legends say that, when the man insisted that he was too beguiled by her beautiful eyes to resist her, she plucked them out and sent them to him, only to have her vision restored by God. For this reason, she is often portrayed in art holding a tray bearing two eyes.

Despite such drastic measures, Lucy’s betrothed would not be cast aside so easily. After three years of rejection from her, he went before the governor of Sicily and denounced Lucy as a Christian, a crime in the Roman Empire at that time. The governor sentenced Lucy to spend the rest of her days in a brothel, but when his guards tried to take her away, they were unable to move her, even with a team of oxen. Undeterred, the governor ordered her to be burned alive. He had her surrounded by bundles of wood, but every time the wood was lit, it miraculously went out. Eventually, her persecutors ended her life by stabbing her in the throat with a spear. A dark tale, indeed.

How Is St. Lucy’s Day Related To Christmas?

So what does this gruesome story have to do with Christmas? St. Lucy’s feast is December 13. Prior to the adoption of the Gregorian Calendar in 1582, this date coincided with the winter solstice, the shortest day of the year, and the start of longer days to come. That, and the part of her story where she regains her sight, have caused her feast day to be associated with light. In fact, her name, Lucia, means “light” in Latin. In Medieval Europe, many recited this rhyme during the solstice:

During the long night of St. Lucy’s Day, revelers fought the darkness with bonfires, torchlight processions, and all-night celebrations.

The association of a white Christmas with clear weather during the feast of St. Lucy isn’t the only weather lore surrounding the day. Another legend claims that the weather on each of the twelve days from St. Lucy to Christmas Eve foretells the weather for the twelve months of the coming year.

In her native Sicily, as well as in Scandinavia, Eastern Europe, and areas of the United States with large Scandinavian concentrations, Lucy’s feast day remains an important part of the holiday season.

In Swedish Saint Lucia festivities, it is traditional for the eldest daughter of the household to dress as Lucy, wearing a white gown with a red sash, and a wreath of candles on her head. The “Lucy Bride” serves coffee and sweets, especially St. Lucia buns, rich yeast-leavened sweet buns flavored with saffron, cinnamon, nutmeg, and raisins (see recipe below).

There are many delicious recipes for this traditional Swedish treat. St. Lucia Buns are lightly sweet, buttery, and vibrant yellow from the saffron-infused dough. The raisins are the “eyes” of the rolls and give them just a little extra sweetness. They’re traditionally eaten on December 13th!

Check out the recipe here!

So, if you want to know what the weather will be during the coming year, or at least on Christmas day, be sure to pay attention outside your window on December 13th!

A snow in South Texas would be a blessing to end 2020.

Poor Lucy! What a dismal tale!

I would like to find out the Stats. on this Folklore. How many times has it come through with the right forecast? This year 2017 we had the nicest sunny blue sky day here in Toronto on December 13th. And today on the 21st Solstice day we are bracing for 15 cm. of snow.So it definitely worked out this year. We will have a White Christmas!!

Hi Al, unfortunately we don’t track that information. You could check historical records and check different regions around the globe.

Snow for Christmas in independence mo?

Great folklore. ..I enjoyed ready this even though it’s sad….I live in Virginia and I’m hoping for a beautiful white Christmas..something magical about a Christmas snow…Merry Christmas everyone!

PS- I live in Kentucky

I love reading all the folklore on here, would love a white Christmas eve and Christmas day a beautiful wet Snow of at least 6 inches but would love one like we got in feb-98 over 26 inches

To whom do we appeal if we prefer a sunny, balmy Christmas? 😉

I have been hearing we are suppose to be having a storm around christmas.. will we be having a white Christmas in lebanon, indiana.

My first time I heard about St.Lucy, thank you!

Friday the 13th was nice and sunny in Northeastern N.C. yesterday. Lets see how this goes.

Wow, never new anything about something like this. Not being Catholic I wouldn’t have, but Catholicism sounds interesting.

We here in Chicago, Illinois had a nice bright sunny day on Dec 13, 2012, so I know that means we will have snow come Xmas, I have been telling all my friends this, now here it is today 12/18/12 and it is calling for a snow storm, for this area, we will have to just wait and see, I really don’t like snow that much , anything over 3 inches is too much for me.

Hi all from Mississauga -Ontario-Canada well it is a beautiful Sunshine day today Dec. 13th,2012. I totally forgot the incredible history of St . Lucia. Thank you for this spiritual post. IM making my wish now that our CHRISTMAS in this area will be WHITE , MAGICAL & GORGEOUS . Thank you St. Lucia

Amazing that I am reading this tonight about St. Lucy and her being associated with the eyes. I am heading for eye surgery tomorrow. Oh, tomorrow is supposed to be sunny and clear near the Phila. PA area. White Christmas….hmmmm, we’ll see!

Forecast tomorrow for northwestern Virginia- High: 48, mostly sunny and breezy
Low: 22, clear and cold
White Christmas maybe? It might snow next week they said. We’ll see what happens in time

Fascinating – one does not have to be Catholic to appreciate the great stories [some perhaps mythical] and lives of Saints. Jaime – you did a great job of retelling this – can’t wait to see if it’s sunny here in Idaho tomorrow!

Bravo Jaime! Thank you for this story. So many are concerned with political correctness that Christian tradition is being suppressed instead of looked at as an important part of human history.
It’s to be cloudy and rainy tomorrow, so no white Christmas for So Cal.

Do u think erie pa is going to have a snowy winter???

I always dream about a White Christmas. I live in Florida by the way. LOL
What are the odds. 🙂

Growing up as a Roman Catholic put me in contact with many of the legends associated with Christianity and more specifically, Catholicism. While scholars such as Joseph Campbell and M. Scott Peck, to name but a couple, have advocated the need for the myths that have been part of our human history, I believe humanity would be better served by telling these stories in the context of the fables, which they are, rather than an implied “miracle”. Too many religions have grown from the cloudy mist of mythologies instead of the reality of pure logic and facts.

I did hear this before about St. Lucy being the patron saint of the eyes.
I have sent this out to my friends.
Thank you so very much for having a “spiritual” article in the Farmer’s Almanac.
Joan

Jaime McLeod has some kind of genius for the earthy lore that makes life interesting, the reason I come to FarmersAlmanac.com . Good show once again.

praying to saint Lucy, we have snow in Tennessee,Mississippi, line. And hope the family is together with the snow and love for each other. And remember who” birthday it is on this day. Thank you saint Lucy.

Love this; so interesting!

Very interesting! I hope that I’ll be wearing sunglasses on Thursday. Yes, I’m daydreaming of a white Christmas! 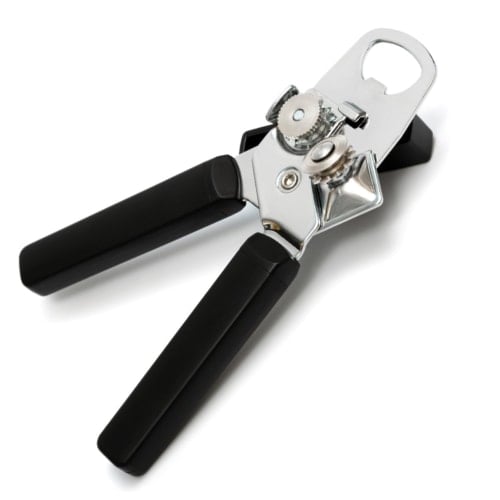