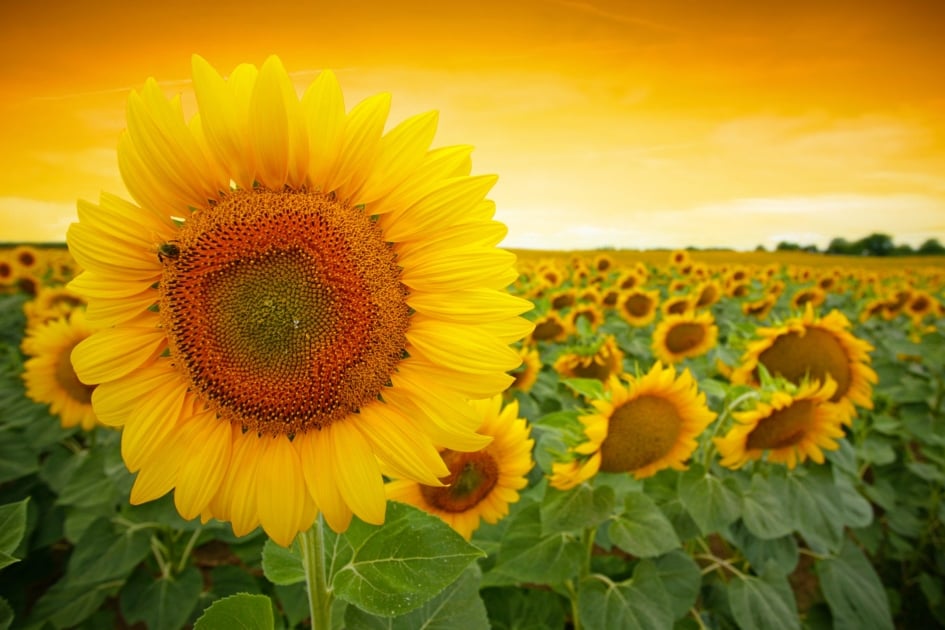 Plants are beautiful, peculiar things. They grow and bloom in an assortment of shapes, colors, sizes, and aromas. And while there’s no question that nature is fascinating and amazing, there are some species whose mystique is awe inspiring—like these below. Their unusual, independent behavior is more person than plant-like. We promise you’ll say “Wow, that’s so cool!” after reading about each one of these weird and wonderful beauties.

Most flowers in our gardens and green spaces open during the day and close at night. But not morning glories. Their trumpet-shaped blooms blare open at dawn, twist shut by afternoon (or later in the day if the sky is overcast), then wither away. Moonflowers (which are members of the morning glory family) also only bloom for a half-day, except they take the night shift—they open at dusk and close the next morning.

All flowers need sunlight (whether full or indirect) to grow. But sunflowers adore the sun so much, they continually turn their blossoms to face the sun as it treks across the daytime sky. At dawn, sunflower blooms face east toward the rising sun. As the day wears on, and the sun moves overhead, sunflowers follow its light, until they eventually face west toward the setting sun. By the time dawn rolls around the next day, the blooms have returned to their eastward-facing position, ready to make the journey all over again.

A sunflower’s bending action is a result of one side of the stem growing faster than (and therefore, elongating more than) the other side. During the early part of the day, the east side of the stem elongates, which makes the plant “lean” increasingly in the opposite direction. The opposite is true during the evening and nighttime hours.

Cacti are known more for their prickly spines than their blooms. That is, unless you’re talking about the night-blooming cereus. Cereus is famous for its short-lived, silvery-white nighttime flowers. By blooming at night, they reduce competition with other plants for pollinators. The majestic “Queen of the Night,” one type of night-blooming cereus, blooms at night only once a year.

Rhododendrons are cold hardy evergreen shrubs. But just because most species are able to withstand a hard freeze, doesn’t mean the weather can’t get too cold for their taste. On frosty winter and spring mornings, their long, leathery leaves curl up like cigars. Rhododendrons do this as a defense mechanism to protect themselves from dehydration in cold weather. Since the shrub loses water through its leaves, whenever the ground is frozen, the roots aren’t able to sip enough groundwater from the soil to replace what would be lost through the leaves—so its leaves spiral inward to keep water from escaping. Once the ground warms again, its leaves unfurl.

Commonly called sensitive plant, shy plant, or shameplant, mimosa pudica has a very interesting feature. When touched or otherwise disturbed, its fern-like leaflets fold inward—much like a closing book—then re-open moments later. It isn’t exactly known why this plant has such a knee-jerk reflex, but its movement is thought to be a defense mechanism against predators or water loss.

The daylily is another one-day bloomer, hence its name. However, it’s easy to miss this fact since daylilies produce bouquets of buds per scape and have several scapes per stalk. This gives the illusion that their blooms last for weeks on end. But, in fact, you’re seeing a different bloom every day.

The prayer plant (Maranta leuconeura) has broad, oval-shaped, variegated leaves that lay flat during the day, then fold upright at night, like a pair of hands clasped together in evening prayer.

This behavior is called nyctinasty, and it happens in response to changes in the sunlight. Some speculate that a prayer plant’s leaves fold up at night because it stops rain from collecting on the leaves and sends it straight to the roots. Because of this amazing plant behavior, many people place prayer plants at cemeteries, as they symbolize prayers for the deceased.

Watch how the prayer plant moves throughout the day in this time-last video:

Pitcher plants give the expression “farm-to-table” a whole new meaning. They’re one of a Mother Nature’s carnivorous plants—plants that eat ants, flies, crickets, and any other insect that makes the mistake of passing by. After sitting on the rim of a pitcher plant’s cupped leaf, bugs are lured deep into the plant’s belly by a nectar which it secretes. The inside walls of the plant are so steep and slippery, the insect can’t climb out and eventually dies.

But of course there’s a reason they do this: Since these plants tend to grow in poor soil conditions, they’re unable to soak up enough nutrients and minerals through their roots (like other plants do), so they must depend on other means (like consuming insects) to get their nourisment.

The Bradford pear (Pyrus calleryana), a fast growing and popular ornamental in the south (it produces inedible fruit), has unpopular trait: its snowy, star-like blossoms smell putrid rather than perfumed. According to plant biologists, the trees’ “fishy” fragrance is caused by chemicals called amines, which are related to another foul-smelling substance: ammonia. It’s thought that this stench is used to attract those other types of pollinators—flies and beetles—that are attracted to stinky rather than sweet smells.

Fascinated by stinky plants? Check these out two you won’t believe are real!

Unlike most flowers, whose bloom color is determined by the plant’s species and variety, some selections of hydrangea (such as hydrangea macrophylla) can actually change color from one year to the next. This is because the secret to a hydrangea’s shade lies in its soil. Acidic soil (that with a pH below 6) yields blue petals, while alkaline soil (that with a pH above 7) yields red and pink petals. Neutral soil, or that with a pH between 6 and 7, promotes lavenders. Multiple colors can even exist on the same hydrangea bush if the roots of the plant sample soils of differing pH!

Which of these is your favorite? Tell us in the comments below!

Love them all!! Hi neighbor!! We live in Balsam, NC

Hi Bill!
Thanks for visiting our site and commenting! Plants are wonderful!

Where can I get a pitcher plant

We would suggest you check with some local greenhouses and places that sell houseplants. Good luck.

I’m very curious about the pitcher plant and where it is native too.
Hydrangeas are my all time favorite I have to say. You can dry them and the colors are beautiful and they grow just about anywhere!

Sunflowers just make me smile! I enjoyed the fact they turn to face the sun !

I love Hydrangea, not sure why, just do.

A Smarter Way To Carve A Jack O’Lantern

Instead of cutting the stem out of the top of your pumpkin, or cutting a hole at the bottom, cut a circular hole at the back (save the piece). Make it large enough so you can clean out and carve your design, then simply insert a candle or solar light through the hole (replace the piece with a toothpick). Removing the top cuts off nutrients to the fruit until it's all dried out, and cutting the bottom can make a mess because pumpkins give off a lot of water once cut.
More hints & tips 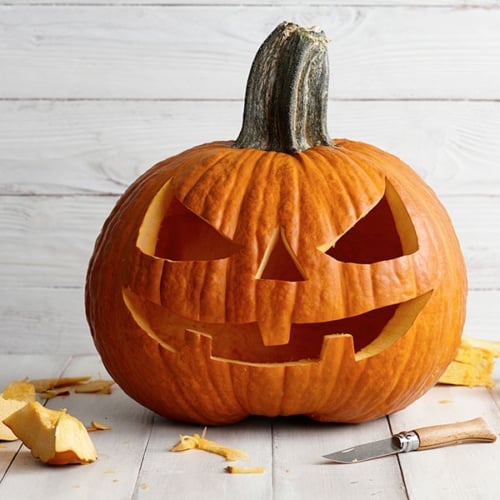