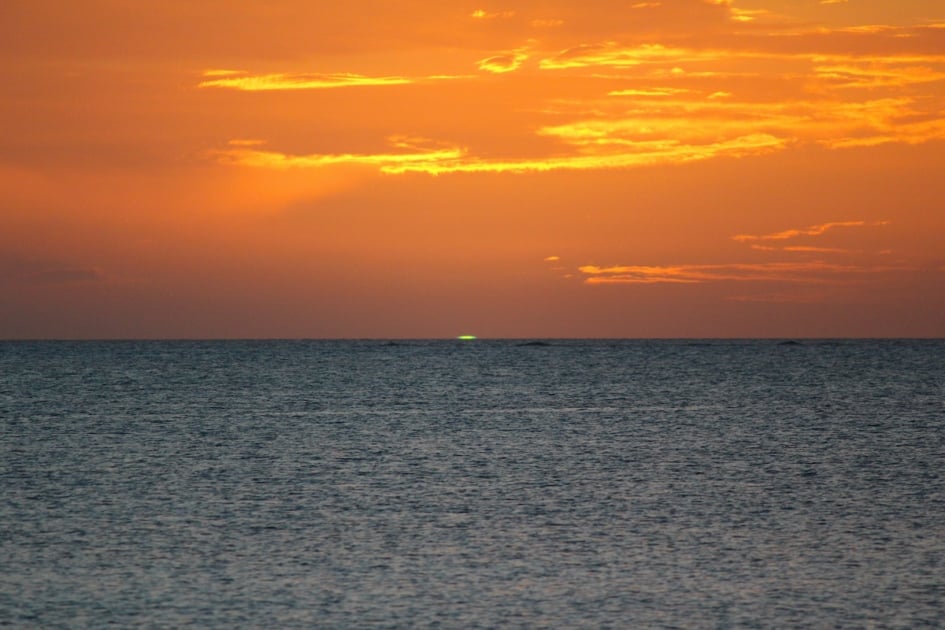 Not to be confused with the fictional superhero, the “Green Flash,” the solar “green flash” is a natural phenomenon that is just as elusive. For centuries, mariners have shared numerous ominous stories about these magical bursts of green light directly above the Sun as they watched it set on the water. But naysayers have brushed off their stories, claiming them to be a myth. While most pirate’s lore can be chalked up to fantastical fiction, the green flash isn’t. This scarcely seen illusion is a real spectacle, with the science to back it up. So what’s it all about, and how can you see it?

What Is A Green Flash?

A green flash is a phenomenon in which part of the Sun appears to suddenly change to bright green for about 1 or 2 seconds. The brief flash of green light is seen more often at sunset than at sunrise.

What Causes A Green Flash?

So what causes this burst of color? The Earth’s atmosphere acts like a prism, separating sunlight into different colors. A green flash is a result of observing rays through an increasingly thicker atmosphere. As the Sun rises or dips below the horizon, the light bends and is dispersed into the atmosphere. Different colors bend in different amounts depending on their wavelengths. Colors with shorter wavelengths, such as blue, green, and violet, reflect more strongly than colors with longer wavelengths, such as red, orange, and yellow.

When the Sun is higher in the sky, light has a shorter distance to travel and the colors are not well separated. However, as the Sun is dipping below the horizon, the light must travel farther through the atmosphere to meet your eyes. As a result, the colors are more easily split up. When the conditions are exactly right, green wavelengths can reach our eyes, while the other colors are filtered out. This is why we can sometimes see that green flash of light.

Not all green flashes are the same. There are, in fact, multiple types of them:

Where Did The Name Come From?

The green flash’s name may be attributed to French writer, Jules Verne’s 1882 novel, Le Rayon-Vert (The Green Ray), in which the heroine searches for a mysterious phenomenon of unambiguous fascination. Verne describes the color as “a green in which no artist could ever obtain on his palette.”

It is said that once you have seen a green flash, you will never again go wrong in matters of the heart. But if you’re a fan of the “Pirates of the Caribbean” movies, you know that the green flash signifies “a soul [that] comes back to this world from the dead.”

The flash also has its hand in weather lore. An old English proverb claims:

Glimpse you ere the green ray,
Count the morrow a fine day.

How to See a Green Flash

The prospect of observing the elusive flash has become a quest for many. If you find yourself in the optimal location, under the perfect conditions, you may just be a lucky observer of this optical phenomenon. The green flash is most often seen at sunset but it’s also possible to catch it at sunrise as well. However, it is more difficult to view as the Sun comes up as your eyes must be focused on the exact spot on the horizon where the Sun will appear, which is tricky to do.

The green flash has reached mythical status due to its rarity and unpredictability. Unlike other sky shows, such as meteor showers or comets, where scientists can provide advance notice of their occurrence, there is no predicting when you can catch a glimpse of a green flash. Despite its spontaneous and elusive nature, there are ways to improve your chances of catching this fleeting light show.

Under normal conditions, green flashes are so subtle and quick and the intensity of the “flash” is usually too weak to be caught by the human eye. However, if the atmospheric conditions are ideal, the effect can be amplified enough to witness. The best way to ensure a successful observation of the green flash is to make sure you have the following:

Green flashes are usually seen over the ocean where more of the atmosphere is visible and the line of sight is parallel to the horizon. But if your horizon is far enough away, they can also be visible on land. Sitting at a higher point can also improve your chances of catching a glimpse. Green flashes are said to be regularly seen from the top of the Empire State building, from mountain tops, and west-traveling aircraft and sunset.

It is important to remember to never look directly at the Sun until it is almost directly below the horizon, or you can risk damaging your eyes.

The Capture A Green Flash on Camera

Luckily, cameras are more capable of detecting the subtle flashes than the human eye. To increase your chances of capturing your own green flash, set your camera up just before sunset on an evening when the horizon is clear and free from clouds and haze. Catching it at sunrise involves more guesswork on where and when the sun will come up, so you may have more luck at sunset.

Tell us: Have you ever witnessed a green flash? Share your story in the comments below.

I capture it all the time. 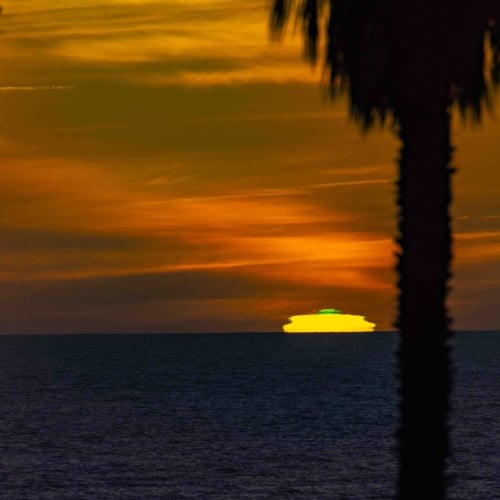 I saw the green flash about five years ago while on our usual weeks holiday in Bude. We watch the sunset every night the weather allows. It was a brilliant experience, for a split second a marvelous Green diamond flash!

I am disappointed. I thought it would be more like a small lightening strike. Oh well, better luck next time.

Years ago visiting San Diego and seeing the Pacific Ocean for the first time..watching the sunset which was so beautiful..I saw a lime green flash of color appear for just a second on the horizon, next to the sun. Had I blinked, I would have missed it. The other couple people with me didn’t see it—that’s how brief it was. Seeing it felt really special.

Cat on the Counter?

Try placing aluminum foil or two-sided tape on the counter. Many cats do not like the feeling of these materials.
More hints & tips 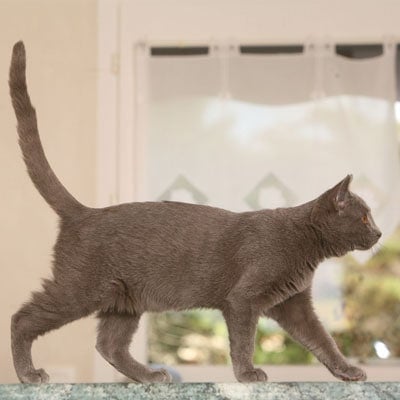