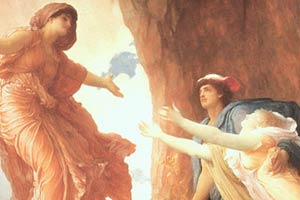 To the ancient Greeks, the gods of Olympus controlled all that happened in nature. Everything from the Sun in the sky to the movement of the sea occurred at the whim of some deity. Some of these explanations were simple — “Poseidon is angry; I must make an offering!” — while others were infused with high drama, the likes of which today’s screenwriters would be hard-pressed to invent. One such story involves the kidnapping of Persephone, daughter of Demeter, the goddess of fertility and the harvest.

Demeter was responsible for keeping the Earth lush and green. She worked to ensure an abundant harvest. At one time, the goddess caused new life to spring forth throughout the year, without pause, and the Earth was never barren. Never, that is, until the day Demeter’s daughter, Persephone was taken away. Hades, the god of the underworld, captured the beautiful maiden as she innocently picked flowers in a field, and carried her off to his dark and fearsome realm.

When her daughter failed to return to her, Demeter looked for Persephone far and wide, but could not find her. Finally, the Sun god, Helios, revealed the truth. He had seen Persephone’s abduction from his chariot, high in the sky. Upon hearing that her daughter was a prisoner in the land of the dead, Demeter became distraught and allowed the Earth to wither.

With Demeter neglecting her duties, the land became desolate and joyless. Mortals starved, and even the gods suffered. Soon, humans and gods alike called out to Zeus, father of the gods, to set things right. Zeus forced Hades to return the girl, and sent Hermes, the messenger god, to retrieve her. Before Persephone could leave, however, Hades tricked her into eating a few pomegranate seeds. An ancient law set down by the Fates — whose powers were greater, even, than the gods of Olympus — dictated that anyone who consumed any food in Hades’ realm must remain there for eternity. The gods were powerless to resist the Fates.

As a compromise, Persephone was reunited with her mother, Demeter, for part of each year. While the two were together, the Earth flourished once again. Each year, though, Persephone was forced to return to the underworld for several months and serve as Hades’ queen. During these months, Demeter became inconsolable once again. Throughout her mourning period, the Earth would again wither, and no vegetation would grow. This cycle would repeat itself year after year, with periods of abundance or barrenness, depending on whether Persephone was with her mother or in Hades’ kingdom.

Of course, today we know that the real cause of the cycle of seasons is the tilt in the Earth’s axis. As the planet revolves around the Sun, its northern and southern hemispheres take turns soaking in the majority of the Sun’s light and heat. During the part of the year when the northern hemisphere is inclined toward the Sun, that part of the Earth enjoys summer weather. The days grow longer, and the temperatures grow warmer. Things begin to grow. As time goes on, and the Earth continues its journey around the Sun, the southern hemisphere gets its proverbial day in the Sun. Things warm up down there, while temperatures grow colder and days get shorter in the northern hemisphere. Trees lose their leaves, and vegetation wilts away, becoming scrubby from lack of sunlight.

Without understanding the relationship between the Earth’s hemispheres and the Sun, the ancient Greeks were at a loss to explain the true cause of the seasons, so they invented the myth of Persephone, a story that has lasted through the ages. 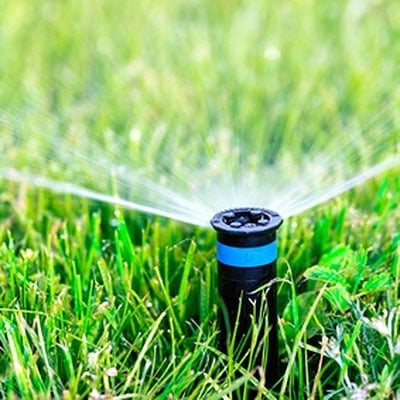