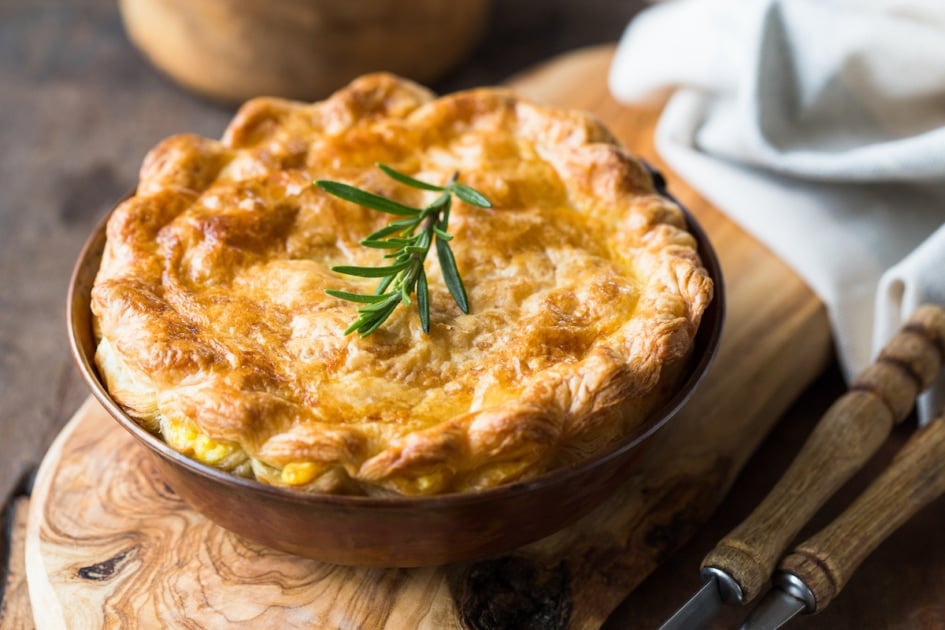 It’s pie-making season! And professional pie bakers know that to achieve the most tender, flaky pie crust, there is no substitute for lard. But what is it?

Lard is simply rendered pork fat. Rendering is the process of separating the fat through boiling, steaming, or using dry heat. Like tallow, which is rendered beef fat, lard has a mild taste, is rich in nutrients, and because this fat is so versatile, it makes magical things happen to your baked goods and fried foods.

Today, as we learn more about the benefits of sustainable living, many are revisiting the resourceful practices of generations past, and using lard in cooking is one of them making a strong comeback.

If lard tastes and performs so well in culinary dishes, why did it ever fall out of favor? In 1907, German chemist, Edwin Kayser, told Procter & Gamble about a chemical process that could transform cheap, cottonseed oil into a solid fat. The process was known as “hydrogenation.” The company filed a patent and launched a massive campaign to market Crisco, the new “vegetable oil” to hit the market.

It wasn’t until the 1990s that we came to understand the increased risks of heart disease associated with the consumption of hydrogenated oils and trans-fats such as cottonseed. Thus many people stopped baking with Crisco, and instead turned back to lard, which today, is making a comeback.

6 Reasons To Bake With Lard

Here are 6 reasons to try lard in your holiday baking this year.

Lard does not have a pork flavor. Like refined coconut oil, rendered lard is virtually flavorless.

2. Lard Has A High Smoke Point

Lard is ideal for frying foods because it doesn’t smoke when heated at high temperatures. Its smoke point is 374 degrees F. Because it is heat stable, lard can also be used in a variety of baked goods recipes. Try it in your next batch of cookies or brownies!

Lard doesn’t go rancid quickly like other cooking fats. Because it is solid at room temperature and has a more stable structure, it is less likely to spoil. While lard can be kept at room temperature, the chance of spoilage increases if its temperature is not kept constant. Stored properly, lard will keep at room temperature for about six months; stored in the refrigerator it can last up to a year. It can also be frozen, where it will last up to three years. Keep it in a tightly-sealed container or crock.

Always give your lard a sniff before using it to ensure it hasn’t gone rancid. You’ll know!

Lard doesn’t cause inflammation in the body when heated (due to oxidation), like unsaturated vegetable oils, such as corn and canola. Lard’s high monounsaturated fat is primarily oleic acid, making it a heart-healthy food. Trans-fat vegetable oils increase the risk of heart disease.

5. Lard Is High In Vitamin D

Lard is rich in immune-boosting, vitamin D. One tablespoon of “free-range” lard is reported to contain 1000 IU of vitamin D. No, that’s not a typo!

6. Gives Butter A Run For Its Money

Not All Lard Is Created Equal

To obtain optimal nutritional benefits of rendered lard, purchase it from a local, sustainable farm. Most commercially available pork lard is often treated with chemicals and contains hydrogenated fats, which are associated with heart disease.

You can also render pork fat yourself with this online tutorial.

Mix the dry ingredients together, then cut in the lard with two butter knives. Stir in the buttermilk. Roll out the dough on a floured bread board and cut out biscuits using a biscuit cutter or jelly jar. Bakes on cookie tray in a 450°F oven for 12 minutes.

Excerpted from Pearls of Country Wisdom by Deborah Tukua.

So any ideas where one can purchase a good lard online ??

New products are always publicized as being better in some way, or useful in solving a problem, otherwise they do not sell. People must be given a reason to change from what they have used historically; many of the new products do not stand the test of time. Next time you are watching television or reading/listening to news, consider the numbers of class-action lawsuits filed against medicines, herbicides and many other products once thought safe.

Our grandparents long ago cooked with lard….reason being that is all they had to cook with. Plus they did not have all the other things to eat that are full of bad things that will clog you arteries as the lard will do. I use Canola, Wesson and try to use very little of it….same as real butter, I love the taste but, I know it does not love us.

Hi Cathy, yes this seemed to be an ingredient of days gone by, but now it looks like it might not be so bad after all. Thank you for reading our story and commenting.

Our grandparents cooked with lard made from animal they grew free-range; and that they slaughtered. Today, Commercial lard in stores is not that healthy. Best to find a butcher or farm that sells their own lard, or will sell pork fat and you can render it yourself.

You are incorrect. New science says the fats our ancestors used are healthy. Vegtable oils are processed with hexane, oxidize quickly, full of omega 6s, and cause damage/inflammation to the endothelium.
Butter, lard, ghee, coconut oil, olive oil are excellent choices……in any quantity.

I always use lard to make my pie crusts…just the way my mother and grandmother did. I bake a LOT of pies every year for our church dinners, and everyone loves them. Have to order on-line as even our major grocery stores don’t carry it. Bummer!

What brand of lard do you use. I would love to try it..
Thanks for your response..

I am very curious too … what brand of lard do you use and where can it be ordered?

Hi Mary, see if you can find something local. Otherwise, Thrive Market makes a good one you can buy on their website. You’ll even find some on Etsy.

Hi Patti, there is a really good brand on Thrive Market that I love. Take a look here.

To clean bathroom grout, spray it with white vinegar and scrub it with an old toothbrush.
More hints & tips 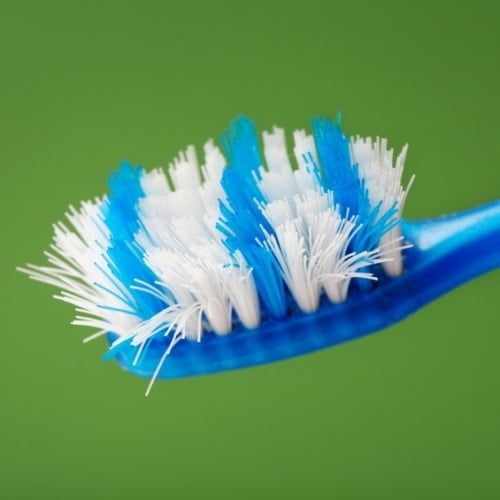