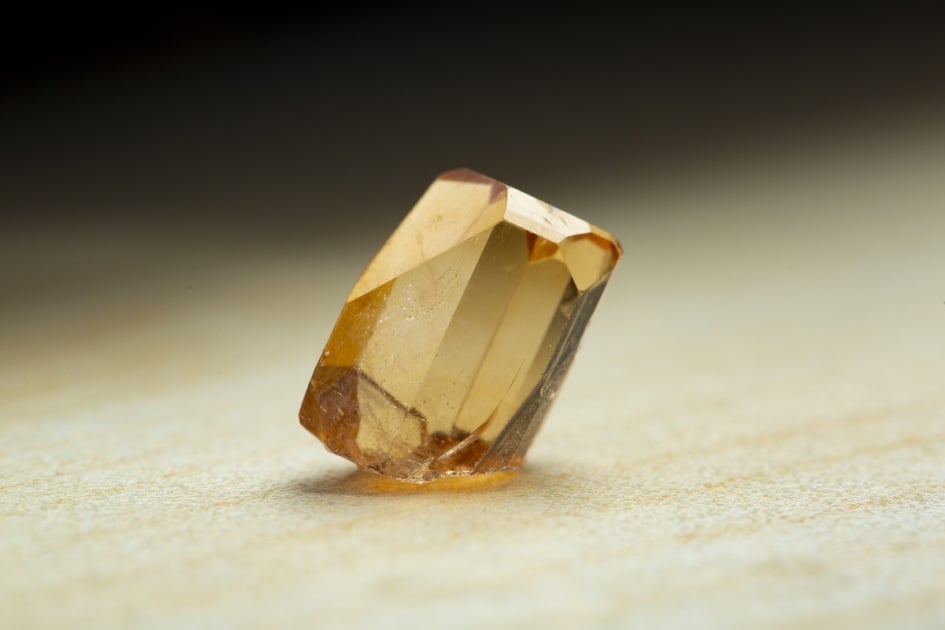 November is a great month to be born in if choosing a favorite color is hard for you. Thanks to this month’s birthstone, Topaz, you have a variety of colors to choose from. Yellow topaz is the traditional birthstone color, but natural topaz is actually colorless. The various colors in this stone come from impurities that occur in nature or additives added by manufacturers.

See the lore behind your birthstone here!

Birthstones are a collection of precious gems that correspond to a person’s birth month. Traditionally, each gem holds different meanings and symbolizes unique characteristics, which are said to belong to the wearer of the gems. Each month’s birthstone has a fascinating history behind it. Some months have just one birthstone, while others have two.

Some sources such as 1st Century Roman-Jewish historian Josephus tell us birthstones originated on the breastplate of Aaron, with each gem representing the 12 months of the year and accruing 12 signs of the zodiac. Others say the breastplate’s stones signified each of the 12 tribes of Israel. Eighth and 9th Century religious treaties were written associating particular stones with the 12 apostles. And more modern accounts claim wearing one of these gemstones during its assigned month enhances its therapeutic properties.

Throughout history, accepted birthstones rotated in and out, with style and availability sometimes determining which stones would reign. In 1912, the UK’s National Association of Jewelers standardized the list, which was updated in 1952 by the Jewelry Industry Council of America.

Many people love their birthstone and wear it in jewelry. Oftentimes, the wearer has a strong connection to their stone because they feel it aligns with part of their identity. However, if you’re not a fan of your birthstone, or it’s not affordable, you have an option with your “alternate” birthstone.

When talking about topaz as a birthstone, you will normally be referring to the yellow or orange topaz (also called “precious topaz”). It’s an exceptionally hard gemstone, ranking eight on the Mohs scale of hardness, falling just behind corundum and diamond.

As mentioned, it’s impurities that cause this normally colorless stone to come in a dizzying array of hues. Red and pink shades come from chromium while the classic blue color is an unnatural shade that comes from exposing mined topaz to high energy radiation. There are also highly prized sherry-colored stones in shades of orange and pink, which are referred to as “imperial topaz” after the 19th-century czars of Russia.

And if you’re wondering just where you can find these beautiful stones, there are many places where topaz is mined. The list includes:

Topaz isn’t just mined for its beauty. It’s a stone that won’t weaken when exposed to extreme levels of heat, so it is also found in the industrial sector as molds for molten materials such as metal or glass.

Topaz has been considered the November birthstone since at least the 15th century—but the National Association of Jewelers made it official in 1912. The history of topaz spans centuries. The name comes from Topazios, the Greek name for what is now known as St. John’s Island, an Egyptian island in the Red Sea. Interestingly, during that era, this was the name given to any yellow stone. In fact, the original “topaz” from which the modern gem gets its name was most likely chrysolite.

There is a lot of historical confusion surrounding this stone, and there are two reasons for that. First, the word “topaz” referred to any yellow or orange stone, and second, actual topaz comes in so many colors that, for centuries, people would misidentify it as some other type of gemstone. The first “modern” topaz that would later be identified as the genuine topaz was found in Germany in 1737. Miners found another in 1740 Brazil, but at the time, this colorless gemstone was thought to be a diamond. As such, it became an immediate addition to the Portuguese crown.

Considered among the most powerful of gemstones, the topaz signifies emotional balance and gives protection from greed. November’s alternate birthstone, citrine, promotes increased hearing and fosters success, clarity of thought, and abundance.

Today this birthstone isn’t valued for supernatural reasons, but for the beauty of its colors. Whether blue, golden brown, pink, yellow, or orange, those born in November have a gemstone steeped in history and lore.

Use a muffin tin to serve up the condiments at your next cookout. Place mustard, ketchup, relish, mayo, pickles, onions—whatever fixings you're serving— in each of the muffin compartments. Makes serving and clean up super easy!
More hints & tips 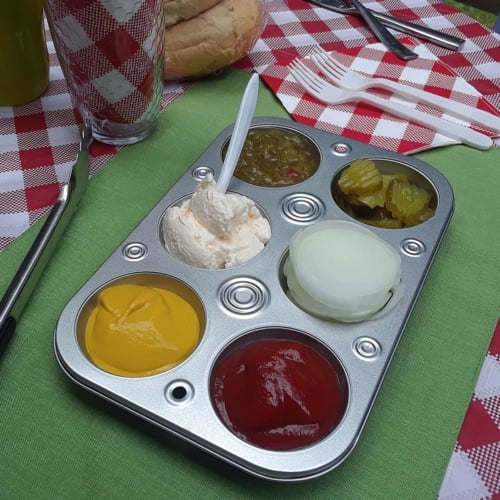